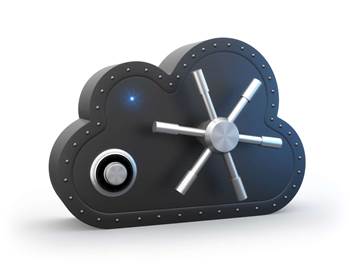 Plans for ONTAP as a virtual appliance on public clouds.

Storage vendor NetApp has announced that a version of its storage operating system ONTAP will soon be available in the Amazon Web Services cloud.

Dubbed Cloud ONTAP and due for release before January 2015, the new product is a software version of Clustered ONTAP, deployed as a virtual appliance. It was designed to offer customers a consistent experience regardless of whether data is stored on a customer's NetApp array or in a public cloud.

By choosing to port its software to the most visible public cloud, NetApp's strategy differs from competitors that have otherwise sold a virtual storage appliance (VSA) that runs in a hypervisor environment, such as VMware, Hyper-V, or OpenStack. Examples include HP’s StoreVirtual VSA or the Linux based OpenFiler product.

By porting its storage wares as a virtual appliance, customers can take advantage of cloud hosting without having to completely rewrite existing applications to use object storage and other techniques favoured for building web applications on public cloud platforms.

Karthik Ramarao, NetApp CTO for APAC, argued that support for MetroCluster in Clustered ONTAP 8.3 would help the company convince users to upgrade from 7-mode.

“We’re seeing good growth in Clustered ONTAP systems, but it’s mostly for new workloads,” he said. “Customers with 7-mode systems are happy with what they have. They’re saying ‘If it ain’t broke, don’t fix it.’”

Users have otherwise reported to iTnews that the disruptive nature of upgrading from 7-mode to clustered mode had held back their plans to modernise.

Designed for customers who want to retain tighter custody of their data, this 'hybrid cloud' approach provides a bridge between on-site deployments and pure-cloud approaches. A similar arrangement was also announced by Hitachi Data Systems overnight.

“Hybrid cloud is here, and it’s here to stay for the foreseeable future,” said Aaron Amandolia, senior director of IT services at the National Football League.

“Cloud is just IT run by someone else,” agreed Mark Peters, senior analyst at Enterprise Strategy Group.

Justin Warren travelled to NetApp Insight 2014 as a guest of NetApp.