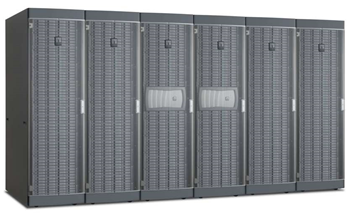 Beginning February 6, 2012, NetApp will temporarily raise prices between 5 and 15 per cent on its current HDD list price.

"NetApp empathizes with the people of Thailand as they work to recover from the tragic flooding. We work closely with our hard disk drive suppliers to stay abreast of their recovery efforts and to secure supply to meet our needs. However, similar to other vendors we have seen a negative impact to our drive costs," the company said in a statement Friday.

NetApp said it was forced to raise prices after carrying customers and partners through to this point.

"While we initially absorbed the cost increases to protect our partners and customers, we are no longer able to do so," it said.

The company's price change may impact some IBM storage gear too, such as the IBM N series, which NetApp sells to Big Blue under an OEM arrangement.

NetApp's price hike is in line with price changes that EMC announced late last year, while HP may raise its HDD prices by up to 20 percent, noting that large capacity SAS and SATA drives were most affected.

The dominant suppliers of HDDs from Thailand - Western Digital and Seagate - have predicted ongoing and significant shortages through the first half of 2012.