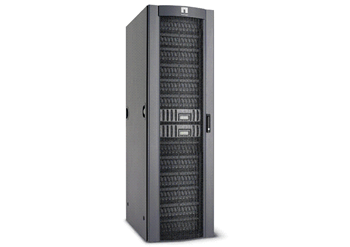 Storage vendor NetApp claims to have a bumper fiscal year, increasing its Australian revenues by 77 percent, and increasing its local install base by 25 percent after signing on 207 new customers.

NetApp managing director Peter O'Connor said that Q4 over Q4, revenues at the Australian arm of the storage array vendor rose by 77 percent.

Whilst growth was across the board, O'Connor noted success in the financial sector, telecommunications and internet industries.

In finance, the company signed on Challenger Bank, previously an EMC customer, as well as PricewaterhouseCoopers, the last of four major accounting firms (alongside Deloitte, Ernst and Young and KPMG) to adopt NetApp technology.

In the internet business, NetApp signed carsales.com.au after similar wins with seek.com.au and a long-standing relationship with realestate.com.au.

In telecommunications, O'Connor said NetApp did "significantly more business" with AAPT over the last six months. O'Connor said the vendor also won new business with Telstra, despite the telco's choice to pilot competing EMC gear for part of its "Silver Lining" project.

"Telstra is a big customer of all the storage vendors," he said. "Six months ago, we saved Telstra something like four petabytes of storage using thin provisioning. I'm not fearful nor optimistic about our future business with Telstra - I only anticipate a level playing field."

"Without a doubt, virtualisation continued to drive adoption of NetApp technology," he said.

Features that complement virtualisation deployments - such as back-up, de-duplication and thin provisioning, come "fully integrated at no cost into the NetApp [storage] array," he said.

Customers have also had some joy with flash-based storage, he said, referiing to the ability to store data that is accessed regularly in flash rather than disk to boost response times.

"It offers a quantum leap in I/O performance," O'Connor said.

O'Connor said the storage vendor will support its growth with new hires.

The company is set to open its first Adelaide office, with two staff already employed, and has also boosted its Sydney sales team.