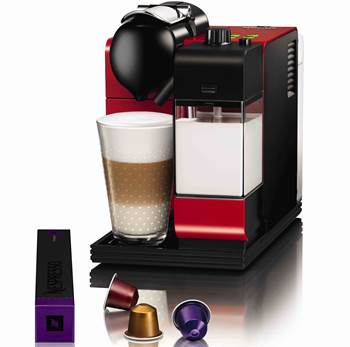 Nestlé has revealed it used people analytics in its Nespresso business in the Asia Oceania region to identify silos between commercial teams that were stalling its omnichannel ambitions.

“The context at Nespresso at the time was a desire to move to a more omnichannel approach,” Barrett said.

“Omnichannel is about creating a consistent and coherent customer experience, regardless of how it is that that customer chooses to engage with your business.

“So in Nespresso's case, whether that be through a Nespresso boutique, or through a 1800 number, or through the nespresso.com website, the idea being that that customer experience should be seamless.

“This requires enhanced customer centricity, agile decision making, and most importantly, increased collaboration across all of the commercial teams.”

As the shift to omnichannel progressed, Barrett said there was a belief or “intuition” among leaders that silos in Nespresso’s commercial function were hampering progress.

“We understood the problem at Nespresso, particularly the idea that they had silos across their business, and it was stopping them from achieving this more omnichannel approach that they were trying to move toward,” she said.

The response was to embark on an organisational network analysis (ONA) project.

“Organisational network analysis allows you to see and understand who is collaborating with who, and gives you a completely different lens through which to understand your organisation,” Barrett said.

“Once you can see and understand these informal networks, you're also able to start to see where you might have bottlenecks or silos happening across the different teams in your organisation.

“It also allows you to identify key players who play really important roles in these networks, but that maybe aren't recognised as performers in your formal performance management processes.”

Nestlé took an active ONA approach with its work in the Nespresso business, creating a survey in Microsoft Forms in Office 365.

“We asked each of our participants to list up to 10 people that they rely on most to accomplish their work,” Barrett said.

“Then for each of those people that they had listed, how often they go to that person before making a decision, and how often they receive information from that person, which they use to accomplish their work.

“Once we collected all the data, we did the analysis in R, which is a statistical programming language.”

The company mapped its findings and immediately identified a series of structural problems.

It had expected two shared commercial services teams - whose purpose “is to share information across the network” - to be at the centre of the maps, highly-connected and collaborating with all other teams.

“Instead, what we found is that neither of those two teams are at the centre of the map, and actually neither of the two teams have any connections into the two biggest commercial teams in the function, which is really problematic,” Barrett said.

“Instead, they're walled off by [another team], meaning any information sharing that they're doing across this network, is going through [that other team] as an intermediary, or maybe isn't actually happening at all, which in our case was really problematic.”

The ONA work also identified clusters within one team based on whether the team members sat in Australia or New Zealand.

Communication between the two clusters was through “one relationship network, meaning that if either of the people in that relationship were to be moved into other teams, or to leave the business, there'd be no collaborative information sharing happening at all between the two clusters of this one time, which again, also in our case was a highly problematic finding.”

The company further looked at the percentage of time each team spent collaborating with people outside their immediate team.

These were people that “would likely have an impact on business operations” if they ever left.

“What was interesting was that when we analysed the names in this group of highly connected hubs, not all of them were recognised as high performers through our formal performance management processes,” Barrett said.

“There were actually quite a few junior employees in that group that I guess were more adept at collaborating and information sharing and building relationship networks as a function of their personalities, rather than of their traditional roles.”

Armed with the results of the analytics, Barrett said Nestlé was then able to drive change in the Nespresso business, embarking on an “organisational realignment”.

“At the end of the project, there were two main key takeaway areas for the team at Nespresso,” Barrett said.

“The first was in alignment to strategy. As the business tried to move to a more omnichannel approach, it became clear from our analysis that current working patterns were really falling short of this.

“While there'd been an intuition that there were silos happening across the commercial function, we've given them facts that they could really use to drive change.