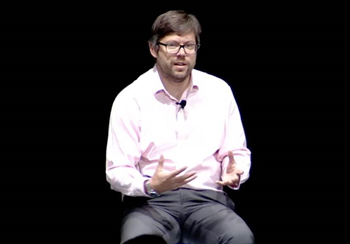 Nestlé has embarked on a worldwide project to centralise “in-market” the way it profiles customers and manages consent around permissible ways to communicate with them or make use of their data.

“We’re a B2B and B2C business and we need to take both into account,” Detert said.

Nestlé is far from alone; manufacturers the world over are increasingly shifting from purely B2B operations - where they sell products to someone else for resale - to B2B2C, as they try to better understand the end consumer that buys their products. In Australia, power tools maker Ryobi is also on that journey.

Detert said that Nestlé had focused considerable efforts in B2C - understanding the end purchaser of its products - but this understanding tended to be siloed in marketing applications for a single brand in individual markets.

The company, however, has ambitions to understand customers across all the different Nestle brands they might be or come into contact with, and to be able to centrally manage the consents or permissions that are collected in each of those silos.

A silo of customer data and consents could be created for a specific promotion or competition, for example.

Detert said Nestlé is “trying to manage” down the number of marketing applications - and therefore consumer data silos - though he noted that “ you have to live with the complexity while you go through that process”.

He said that Nestlé has now adopted a “core business strategy around thinking of consumer data and identity as a corporate asset rather than just as a thing that we collect.”

“So centralising in-market the ability to capture and manage [consumer] profiles is very important for us realising the value of that data,” he said.

“You can share it across brands, [and] start to communicate and bring things together that make life more relevant for the consumer. But of course that means we have to be able to integrate with all these legacy solutions.”

Customer data cloud contains several components, including one that is designed to collect and centrally manage marketing and communication consent and permissions.

Detert noted one of the challenges Nestlé faced in bringing together a complete in-market picture of what a consumer had consented to came from the owners of individual data stores.

“People don’t necessarily want to share [data outside their silo] and realistically it’s because they’re scared of the consent challenge,” Detert said.

“They’ve historically managed consent in a very siloed way and that’s great for that individual, but actually if we want to start communicating with people across brands and in a more holistic and relevant way, you need to be able to manage consents in a much better way.

“So I’m excited about the consent capability that [SAP has] got, not only because we can manage and orchestrate those consents now, but critically around the documentation and audit trail because frankly it’s manual for us at the moment.

“We know if someone asks us we can go and find out what they consented to, but it’s not going to be a quick one. If a million people ask us, that’s a challenge.

“So capabilities that enable us to do that in a more automated and clear way are fantastic.”

SAP’s vice president of product for solutions from Gigya, Adrian Nash, said SAP’s cloud-based consent tool stored seven years of consent records, allowing companies to go back and check what a consumer agreed to over a long period of time.

Nash said the service was “growing at 100 million consent transactions a month, which shows the scale of the problem” among organisations trying to manage how they communicate with their customers and end-consumers.

He called out Australia as a key country contributing to that growth.

Nash said that the average organisation had “16 silos of customer data” though he worked with organisations where that ran “into the hundreds-plus”.

“That’s a nightmare to manage,” he said.

In addition, he noted, “the risk of having duplicated consents is high” across silos.

“We’re thinking how you can resolve back to a single [consumer] profile and increase the data quality [contained in] that profile,” he said.

While SAP is creating its own services to address the problem, Nash also called out the recently unveiled Open Data Initiative by Microsoft, SAP and Adobe as an important enabler.

“The SAP customer data cloud is ultimately one of the driving strategies behind the Open Data Initiative,” Nash said.

“This means that ultimately in the coming months and years you’ll be able to connect SAP applications together with Adobe and Microsoft applications without going through transformation projects. The data model [underneath all these applications] will be aligned”.

SAP’s customer data cloud general manager Patrick Salyer said that having a single view of the customer - and their consents - would help drive a more trusted, two-way relationship between the two parties.

“We want personalisation but not at any cost,” Salyer said.

“It’s not as though consumers don’t want that personalisation, but we want it done the right way.

“It’s time for a new [model] between businesses and consumers, one where we have a two-way relationship of value exchange where the consumer shares information about themselves in return for better products, services or experiences.”

Nestlé doubles down on B2B

Detert said that his team had focused heavily so far on the “little c - the consumer piece” in the cCRM project. The big C - customer - is also now set to receive some attention.

[In a B2B2C organisation, the customer is who the manufacturer sells to, while the consumer is the end purchaser of the product or service]

“I’m starting to think about what does the B2B, B2C connection look like,” Detert said.

“And increasingly I’m being asked by my B2B stakeholders to provide them some of the same capabilities that we do for consumers.

“We want to be reaching out and communicating in the same way with our key customers [as we do our consumers].”

Detert flagged “a lot of work coming to build out the data model around how that’s going to work”.

“But it’s going to be a good next six months looking at how we integrate the B2B side of things,” he said.