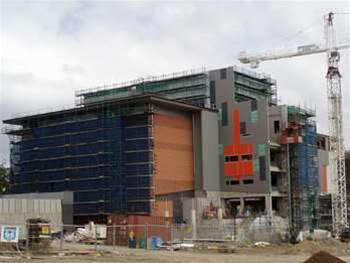 NEC has signed a deal with Nextgen Networks to provide connectivity from points of presence in Sydney, Melbourne, Canberra and Brisbane to space it leases in the $241 million Polaris Data Centre in Queensland.

The deal will enable customers hosted at NEC data centres in Mulgrave and Melbourne, or customers with their own data centres in other east coast CBDs, to connect with NEC's racks at Polaris at speeds of 100Mbps.

Loren Wiener, product manager for data centres and hosted solutions at NEC Australia said corporate customers in these cities can now use the Polaris facility for disaster recovery or cloud bursting.

"You simply get a tail from the office to the nearest interconnection point in [the] CBD," he explained.

NEC and Nextgen also have plans to upgrade the 100Mbps connection to up to 1Gbps in the near future, and connect similar points of presence in the more distant capital cities Perth and Adelaide.

Wiener said Polaris is among the better data centres built in Australia, offering higher density computing for virtualised blade chassis and better service level agreements (SLAs) than the rest of the industry, which is in turn passed on to the likes of NEC to offer to clients.

"Most data centres were built before high-density blades came onto the market. They simply don't cater for high power," he said. "Polaris [by contrast] is built to a Tier III standard."

NEC has leased around 300 racks worth of space at Polaris, he said.

"Customers can bring in their own internet connectivity, but we wanted to also offer a robust connection that is cheaper than they can source because of our economies of scale," he said.

NEC uses its economies of scale to offer innovative pricing based on power use, similar to the model offered by ac3.

"Our customers pay per kilowatt, only there is no minimum charge," Wiener said. "You only pay for the power and data you are using."

Wiener said that by building a "business-grade, fast data network" between the major cities and Polaris, NEC is "addressing the only remaining concern customers have about where a data centre is."

The Federal Government has recently stipulated that it "wants about half of its data centres based outside the ACT [Australian Capital Territory]," Weiner pointed out, while New South Wales is considering the option of building two data centres in areas of cooler climate such as Goulburn, the Blue Mountains or Bathurst.

More organisations would be open to hosting their computing in cheaper and more sustainable areas of Australia, Wiener said, but only if offered private connections to the facilities.

Using a public network, the cost of shipping large volumes of data between the CBD and the regional data centre would be too expensive, he said.

He also suggested that recent power outages in the Sydney and Melbourne CBDs may convince organisations to consider sourcing their data centre needs from elsewhere.