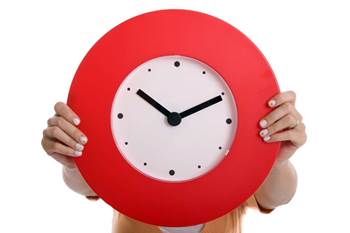 NBN Co's special access undertaking is once again the subject of delays, confirming ISP's fears that the drawn-out approval process would extend into a third year.

The fresh set of delays has forced the Australian Competition and Consumer Commission (ACCC) to "extend the statutory timeframe" to make its final decision on the undertaking by three months.

The SAU sets out the minimum terms and conditions for services supplied over the NBN.

Temporary access arrangements have been in place now for almost two years, while the undertaking continues to be negotiated.

The ACCC is attempting to amend the SAU, re-submitted by NBN Co on December 18 last year, to give itself greater powers to intervene on issues including pricing.

Before the ACCC can formally request NBN Co to make the changes, it must consult on them, which it did on April 4. It had hoped to incorporate that feedback and issue the formal change request to NBN Co in May. (pdf)

However, the consultation has opened a can of worms that requires a fresh round of industry consultation to take place.

The May deadline to formally tell NBN Co to edit its special access undertaking (SAU) has been pushed back to at least late-July, a further setback to the already drawn-out process.

Some of the new issues to be canvassed come from a controversial 337-page submission by NBN Co, which ISPs unsuccessfully implored the ACCC to dismiss over concerns it would drag out finalisation of the SAU.

The Competitive Carriers Coalition said at the time the tome demonstrated "a lack of urgency on the part of NBN to settle the access arrangements by way of accepted undertaking. At worst it is an abuse of process."

The ACCC was more complimentary, calling the 337-pager "constructive". Other areas of fresh consultation are driven by Telstra's submissions, as well as by the ACCC itself.

Critically, the ACCC now provides no prediction on when it might be able to formally request the special access undertaking amendments from NBN Co — a marked departure from previous consultation papers, and an admission of the potential for more delays.

"When the ACCC is able to issue the notice to NBN Co will depend on the volume and nature of submissions to this [latest] consultation process," the ACCC said. (pdf)

The ACCC indicated separately that it expected to issue the formal notice to NBN Co "as soon as practicable" after submissions close on July 26.

NBN Co will "have the time specified by the ACCC in the notice" to lodge a varied undertaking. It can lodge one any time up until the period expires.

"If NBN Co does submit a varied SAU, the ACCC will consult on it," the ACCC noted.

"However, if the varied SAU closely reflects the variation notice, subsequent consultations should be relatively brief given the extensive consultation that has already occurred."

Comment is being sought by iTnews from various industry sources.