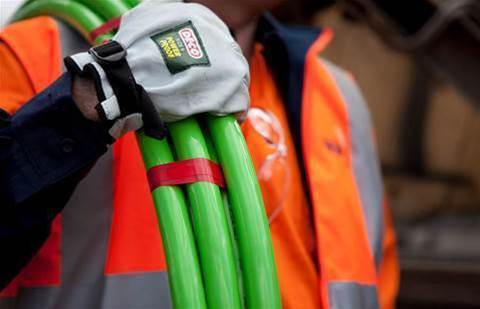 Joins a club in which AT&T and Comcast are figuring out how to build better heterogeneous networks.

NBN Co has announced it will join the Open Networking Foundation (ONF), a decision that should be both welcomed and feared by the organisation’s detractors – and worry the networking industry.

The ONF is an operator-led effort to create an open-source networking stack to accelerate innovation and reduce dependence on proprietary hardware.

The easiest way to understand the ONF’s aims is to consider it as the Linux of networks – an open, collaborative effort to create the stuff everyone needs and to do so in an open fashion so that it’s adaptable to individuals’ needs.

For detail on that ambition and all it entails, AT&T’s provocative 2017 white paper [PDF] titled “Towards an Open, Disaggregated Network Operating System” is worth a read.

The document explained how the carrier uses more than 100,000 proprietary routers but worried that it had become dependent on vendors for innovation. As vendors operate close-to-closed ecosystems, AT&T felt the time had come to split the network operating system from that hardware so that it could drive its own changes, or source them from third-party innovators.

The ONF is one effort to create the kind of stuff AT&T wants. The Foundation uses rather more moderate language than AT&T – in 2018 it gave itself the goal [PDF] of “driving the transformation of network infrastructure and carrier business models.”

Which brings us to NBN Co, which signaled an interest in software-defined networking (SDN) in September 2018 and has now joined ONF.

Doing so makes it plain that NBN Co is now completely committed to software-defined networks and this should please the organisation’s detractors, especially those who say it faces unwelcome complexity and cost due to the multi-technology-mix policy.

SDN has the potential to address that issue by making it possible for NBN Co to treat its diverse networking plant as a single logical entity rather than as silos. SDN could also reduce reliance on proprietary core network hardware and associated costs.

So becoming a member of ONF will let NBN tap into peers’ efforts to innovate. Those peers include AT&T and Comcast, which operate comparably diverse networks, meaning NBN Co is now a member of a very good club for both sorts of networking.

The fear? As we’ve seen with OpenStack, world-girdling infrastructure efforts produce amazing tools but they aren’t for the faint-hearted: the kind of stuff ONF builds is not polished product, but very substantial foundations.

Joining ONF won’t magic NBN Co’s networks into a better state and could in fact see it decide to do some heavy developmental lifting. And there be dragons, even if one of the hoped-for benefits of SDN is that it’s designed for DevOps instead of being tied to vendor development cycles.

Which will give the outposts of global networking vendors some hope. Such vendors are slowly adopting SDN principles and making their products more open to hosting pay-as-you-go network services, but are still tied to hardware sales and support subscriptions. If NBN Co goes fully SDN and embraces white box kit, country managers for the likes of Nokia, Cisco and Juniper will lose a whale of a prospect.

Overall, however, news that NBN Co is now a member of ONF is a good sign that the company understands that networking is evolving and that NBN Co needs to be a part of that change rather than an observer or downstream consumer of innovation.