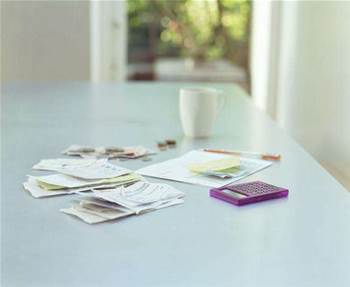 The plan in fun-size.

NBN Co has released its much-anticipated second corporate plan (pdf), revising many of the numbers and assumptions in the 2010 version and updating it to reflect significant project scope changes.

Described by Communications Minister Stephen Conroy as "NBN Co's first operational plan", with forecasts "against which the network can be measured", the 96-page document comes in shorter than its 2010 equivalent, but with forecasts that are likely to prove much more accurate in determining the scope, extent and costs of the network over the next decade.

Here are the key takeaways:

NBN Co has indicated several factors — including construction delays, the unanticipated $800 million Optus deal and a move to opt-out construction — increased capital expenditure for the network by 3.9 percent, or $1.4 billion.

That brings the total network cost to $37.4 billion, over the originally assumed $35.9 billion.

The extra costs will be funded through faster government bonds. Conroy said there would be no "NBN tax" on Australians.

Operating expenditure has also increased $3.2 billion over the life of the project due to scope and "other changes", additional resources  required for community engagement, contract management, dealings with Telstra and IT management.

However, NBN Co noted savings in OpEx, which it attributed to "futher network planning and design" of the fixed wireless and satellite networks.

NBN Co has forecast an earnings loss of $3.3 billion over the network construction period, largely since operating expenditure, at $26.4 billion, will exceed revenues, at $23.4 billion, over the decade.

Government funding for the network, which reached $1 billion for 2011, is expected to peak at $6.6 billion during 2015, amounting to a total $30.4 billion over the life of the project. The remainder of the funding, just above a third of the total, will come from debt markets.

The internal rate of return on government equity has also been revised up from seven percent in the previous corporate plan, to 7.1 percent.

Despite significant changes to the scope of the project, the number of premises NBN Co expects to pass and connect over the next decade hasn't changed all that much.

NBN Co will still pass 12.2 million premises with fibre, with 8.5 million of those expected to connect to the network by June 2021; up 200,000 from the previous corporate plan.

Some 500,000 of those users will come from the Optus deal to migrate customers off its cable networks, a process that is expected to take until 2020.

A further million will end up with available fixed wireless or long-term satellite connections by the end of the network's construction, but only 200,000 — or a conservative 20 percent — are forecast to take up a service in that same timeframe.

NBN Co CEO Mike Quigley acknowledged the take-up rate was conservative as a result of mobile technologies in regional and rural areas that NBN Co expects will compete more heavily with NBN technologies than in fibre areas.

Unlike the previous corporate plan, the company hasn't broken out its passing/activation numbers for satellite and fixed wireless, potentially as a result of continuing resistance in some areas to the construction of fixed wireless towers.

But take-up of the wireless technologies is important for all NBN subscribers, as it will indicate how quickly the company can reduce wholesale prices across the network over time. Quigley confirmed the cost per subscriber does depend on this take-up: "The more customers you get on those, the lower the cost per subscriber for the fixed cost you've got".

He, and the corporate plan, both note that NBN Co had severely fallen short of initial forecasts for building in new developments due to unclear obligations between NBN Co and Telstra, the previous provider of last resort for telecommunications services.

"It was assumed that NBN Co would accept applications from developers for  greenfields estates that had commenced Stage 5 civil works construction prior to 1 January 2011," the corporate plan states.

NBN Co subsequently "handed back" 70,000 to 100,000 premises for Telstra to complete connections, while initial forecasts on the number of developer applications the company has received fell short by 40,000 as of June 30 this year.

NBN Co has revised the fibre build required for the National Broadband Network, indicating it will use more Telstra exchange space and dark fibre than initially envisaged, while increasing the amount of physical fibre the company will roll out to homes.

The new distances, the corporate plan states, also come as a result of the move from the original, blue fibre to green ribbon cables.

One contentious change to the fibre build in the new corporate plan is the move to 'build drops', meaning NBN Co will automatically connect fibre from the street to a premises, requiring the user to opt out of an installation, rather than opt in as previously.

A network termination device is then installed inside the house once a user orders an NBN connection through a service provider.

The move to fully automated operational support systems is ongoing under a $200 million contract with an IBM-led consortium, including three product releases scheduled for this year.

These will introduce automation for the new 'build drop' capability, implementation of requirements from the Telstra deal, external workforce management and support for new multicast and small business product releases.

"The operation of the NBN Co network, including activation and assurance transactions, will be highly automated through progressive capability being delivered by the OSS programme," the plan states.

NBN Co did not break out actual IT costs other than to say it was an "additional cost".