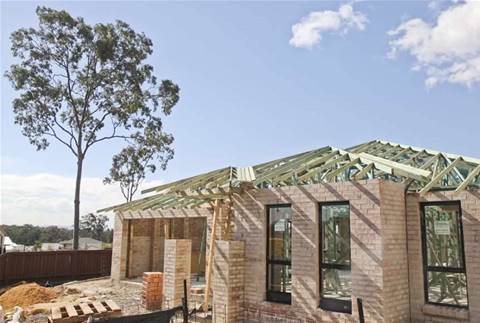 The Productivity Commission has warned that NBN Co's role deploying fibre to greenfield housing developments could unbalance competition in the sector.

But simultaneously, the Australian Government Competitive Neutrality Complaints Office - a subsidiary of the Productivity Commission - has ruled the company's role in the industry was not a formal breach of government rules.

The commission finalised its six-month inquiry this week, sparked by correspondence with competing fibre operators OPENetworks, Comverge Networks and Service Elements in June.

The letters asked the commission to investigate NBN Co's role as "provider of last resort" in greenfield estates of more than 100 premises, a mandate established by the Federal Government at the beginning of 2011.

Whilst greenfield housing developers have a choice of fibre provider, rivals alleged NBN Co had priced competition out of the market by providing and deploying fibre at no cost to the housing developer. In doing so, rivaks claimed the Government-owned company had breached competitive neutrality rules.

OPENetworks has led continued criticism of NBN Co's role in greenfields since January, with its managing director Michael Sparksman establishing the Greenfield Fibre Operators Australia lobby group to better voice the concerns of those attempting to compete with the Government's new telco arm.

The commission acknowledged the operators' concerns in its final report [pdf].

"The differences in the approaches to pricing in greenfield developments between NBN Co and private providers will clearly have an effect on competition in that market segment," the report reads.

"If NBN Co actively seeks business in these markets (rather than limit its operation to being a supplier of fibre as the provider of last resort), then [housing] developers have a clear incentive to use NBN Co to reduce their costs.

"The complainants argue that they would not be able to follow a similar pricing model given the need for greater financial backing and the risks of not being able to attract retail service providers to their networks if they were to recover full infrastructure costs from those providers when competing (and cheaper) mediums for service delivery are available (copper, coaxial and wireless)."

But while it was critical of NBN Co's position as a greenfield provider, the commission said any advantage taken by the wholesaler was not a breach of competitive neutrality rules.

NBN Co's role as greenfield provider of last resort has been fraught with issues from the beginning, including continued arguments with previous supplier Telstra over access to pit and pipe as well as technical documentation on existing infrastructure.

Greenfield developers have also complained of ongoing issues and delays in rolling out necessary fibre to new homes.

The commission acknowledged that it was unclear as to what role NBN Co had as 'provider of last resort' in these housing estates.

The term, on first glance, would suggest the wholesaler would only install fibre in greenfield estates where no other rival would commercially provide a service. But the term has continued to cause concern within the industry, with the relevant NBN Co staff accused of not being able to clearly define their own role.

Upon investigation by the commission, the Department of Broadband told the inquiry it "did not state that NBN Co's role was limited to being a provider of last resort".

Instead, NBN Co would in effect compete with other greenfield fibre operators, at an advantage.

The commission suggested NBN Co could rightly use its relatively high profile to garner further contracts with developers as a provider but did not fully agree with the Government's reversal of policy.

"Decisions by government businesses as to where and with whom they conduct their business arrangements must accord with commercial law, but do not constitute a breach of competitive neutrality policy if they do not rely on a competitive advantage by virtue of their government ownership."

However, NBN Co was found to potentially breach competitive neutrality rules in failing to quantify the non-commercial benefits or account for a realistic risk margin to justify its rate of return on the $27 billion network.

"At issue is whether the return from the project that NBN Co has undertaken to complete (building the national broadband network) will deliver a commercial return commensurate with its WACC [weighted average cost of capital]," the report reads.

NBN Co and the Department of Broadband, Communications and the Digital Economy were privately provided draft copies of the report prior to its release this week.

Shadow communications minister Malcolm Turnbull pounced on the report's findings as proof of his own claims the network would not be profitable.

"Plainly the NBN Co is not going to deliver a commercial return, as required under competitive neutrality," he said.

"The network builder conceded as much when it released its Corporate Plan showing returns would be less than its weighted cost of capital."

Neither Senator Conroy's office or NBN Co could be reached for comment at time of writing.