NBN Co is seeing higher proportions of premises being included in its weekly rollout numbers that can’t support a retail service, with fibre-to-the-curb largely behind the increase.

In six of the past seven weeks - since the new financial year began - between 26 percent and 60 percent of premises included in NBN Co’s ready for service numbers each week are “not yet ready to connect”.

Not yet ready to connect is the old service class zero or equivalent categorisation, referring to premises that, for a variety of technical reasons, are passed by build crews but left with incomplete connections.

The total number of such premises was a shade under 1.16 million as at August 16, the most recent iteration of the company’s weekly numbers.

The increase is largely HFC premises caught up in the stop sell initiated by NBN Co in late November last year, which ran through until late April 2018.

But with these premises gradually being unfrozen, a new culprit is emerging that is keeping the not yet ready to connect figures high.

The company’s fibre-to-the-curb (FTTC) network is understood to be behind the increase in not yet ready to connect premises listed over the past seven weeks.

FTTC is officially behind schedule - just how far will become clearer on Friday when NBN Co updates its corporate plan.

Based on the not yet ready to connect numbers, it would appear NBN Co has made up much of its lost ground on FTTC numbers, albeit that these are all premises that can’t order a service. 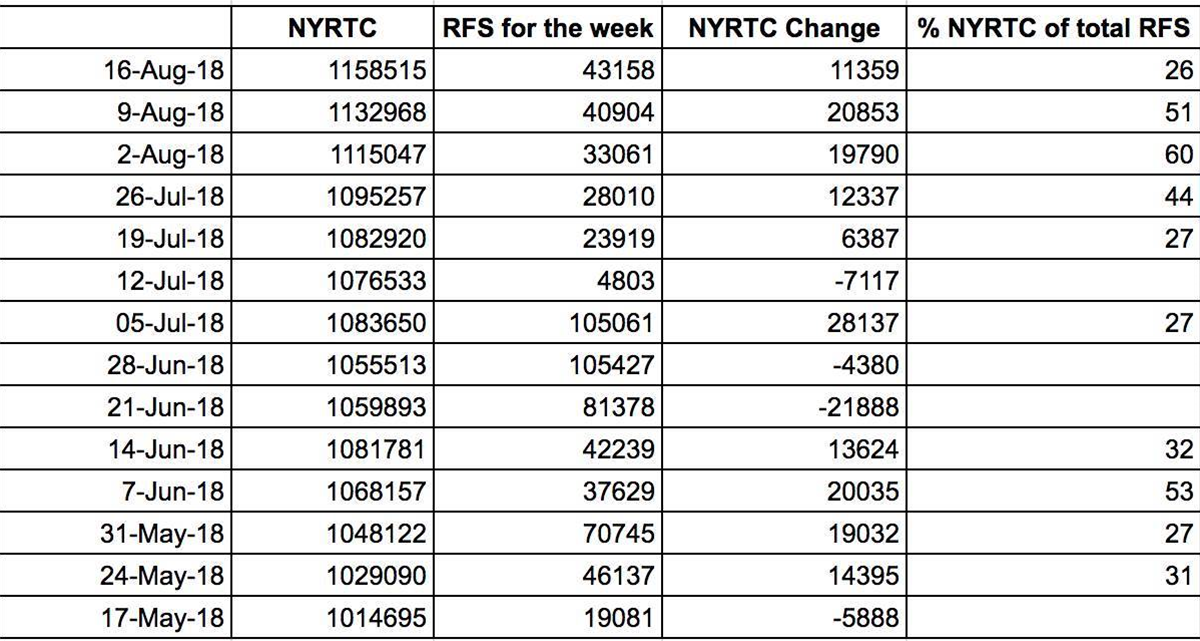 (Weekly tracking of 'not yet ready to connect' (NYRTC) premises as percentage of premises declared ready for service (RFS) each week. Sourced from NBN Co's weekly reports)

The table shows some significant reductions in not yet ready to connect premises in some weeks. This is understood to be the effect of HFC premises being unfrozen.

The weekly numbers are not granular enough to show the exact composition of movements of the topline not yet ready to connect number.

For example, NBN Co said that by August 16 this year it had re-released 92,000 previously-frozen HFC premises.

Given the topline not yet ready to connect number has not reduced by 92,000 since the freeze lifted, the impact of the re-release is clearly being offset by the rise in unserviceable FTTC lines.

It is also unclear what the problem with the FTTC lines is. There are five service class codes (SC30-34) designated to FTTC connections for different types of issues.