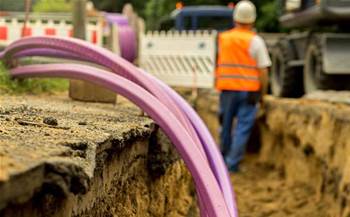 NBN Co is estimated to have a fair value - or saleable value - of just $8.7 billion at the end of June 2019, a bit less than one-third of the equity the government put into it.

The eye-opening statistic is contained in a report by the Parliamentary Budget Office (PBO) on the rise in “alternative funding” of government policies in a bid to understand how the government’s investments impacted the overall health of its balance sheet.

The PBO is investigating the issue of alternative funding because it is becoming increasingly popular among governments to get major projects and policies rolling but doesn't always sit directly on a government's budget books - an area the PBO has a strong interest in under its remit to bring transparency to spending and fiscal measures.

Alternative funding mechanisms include equity injections, loans and guarantees - two of which NBN Co has benefited from. They work, but they're far from perfect, a situation that niggles accountants.

The PBO said working out “the history and budget impact of a particular arrangement” meant drawing data from multiple - potentially incomplete - documents.

“In the Australian context, a lack of transparency presents a risk that decision making on the most appropriate funding arrangement for a given policy could be influenced by its budget treatment and presentation,” the office said.

“It also makes it more difficult for some significant elements of government spending to be scrutinised and effectively evaluated.

“Regardless of the financing arrangement used to fund a policy, to have a robust decision-making process, parliamentarians and the public need to be able to assess and understand the full costs involved (noting these may be realised or estimated costs).”

There's certainly no shortage of policy debate around how costs and benefits are counted in budgets. NSW recently moved to what it calls 'outcome budgeting' in an effort to better illustrate the government money-go-round by capturing benefits in the mix.

The PBO report focuses particularly on NBN Co, which received $29.5 billion equity from the government as well as a $19.5 billion loan that it eventually has to refinance.

In particular, it explores the “fair value” of NBN Co, which is published - uncontextualised - by the Department of Communications as part of its annual reporting.

“Fair value is defined in Australian accounting standards as the price that would be received from the sale of an asset or the price paid to transfer a liability in an orderly transaction between market participants,” the report states.

In NBN Co’s case, the PBO notes “that the fair value of NBN Co has been consistently below the cumulative amount of equity injected into the company.”

“The equity injected into NBN Co is not captured in the fiscal or underlying cash balances, but is included in the headline cash balance,” the PBO said.

“The $20.8 billion difference between the amount paid and the current fair value is a revaluation. It reflects the extent to which the Commonwealth Government’s balance sheet has directly deteriorated as a result of this investment as at 30 June 2019.

“By definition, this impact is not captured in the fiscal or underlying cash balances, though it is captured in net financial worth. This value is a point-in-time estimate and may change in the future.”

The PBO noted that “before a project is fully operational, the best information on its potential sale price is the fair value of the project in the audited financial statement.”

“Any revisions to fair value over time are classified as revaluations, and they affect the Commonwealth Government’s fiscal position,” the office said.

“Transparency around the fair value of these investments can assist parliamentarians to understand the total costs associated with such projects and inform decisions about similar investments in the future.”

Questions about the way NBN Co is funded stretch back to at least 2012.

Update, 20/3: An earlier version of this story stated that the PBO had estimated NBN Co's fair value itself. The number is, in fact, drawn from a Department of Communications report.