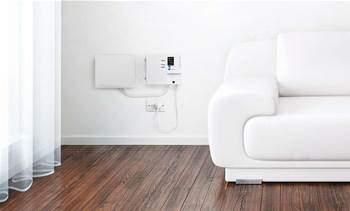 NBN Co wants to bring customers from legacy services onto its network sooner as it tries to mitigate problems caused by people leaving their move until the last minute.

The network builder has laid out a new strategy it hopes will more evenly distribute customer activations over the 18-month window between when an NBN area is declared ready for service, and legacy services in the area are switched off.

The major change is the creation of a new “migrations and disconnections key initiative”, which cuts across multiple internal business units and aims to “drives earlier migration of legacy services onto [NBN Co’s] network".

NBN Co frequently cites figures that 75 percent of premises move to the NBN in the 18-month window.

Customers that don’t immediately arrange to switch across to the NBN are likely to receive increased notification of the need to migrate.

NBN Co has indicated it will “design and implement an end user journey for services transitioning to any [NBN] technology”.

The process is intended “to ensure that transitioning end user services (legacy active services for both residential and business customers) are identified in sufficient time, that end users have at least six months to place an NBN order prior to reaching a disconnection date, [that] orders are placed and completed in time, and that customer experience is protected during the transition, especially for any safety critical services".

For the sign-up stragglers, NBN Co has indicated it will set an internal target to migrate an undisclosed percentage of the remaining “active legacy services” over to the NBN within 25 business days after the disconnection date.

It appears the push on activations is at least in part due to an internal desire to even out the volume of migrations over the 18-month period, particularly as rollout volumes on the NBN peak this year and next.

However, getting users off legacy services and onto the NBN sooner would also have a positive revenue benefit for NBN Co, in the form of 12-18 months of wholesale fees that would otherwise continue to be paid by ISPs to Telstra.

Another possible side benefit of getting users onto the NBN sooner is that it could bring forward the end of the current ‘land grab’ for customers: any drive by NBN Co to get users activated quicker would involve ISPs doing most of their selling early in the 18-month window.

That could put them more in a customer retention frame of mind, which may lead to investment of money and time instead in improved quality of service - something NBN Co CEO Bill Morrow has been advocating heavily for in recent weeks.