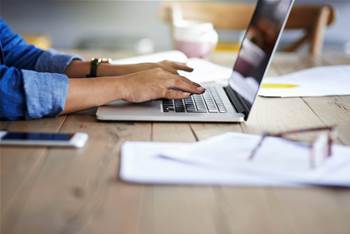 NBN Co will temporarily waive wholesale costs for low-income families with school-aged children and other customers suffering financial hardship under a $150 million scheme.

The scheme, announced by the Government on Friday morning, is being targeted as financial relief for internet users that are the hardest hit by COVID-19 related closures.

Two of the tranches cover low-income households: the delineation between them is based on whether the family has an existing NBN connection or not.

The first $50 million tranche is specifically for unconnected low-income families with school-aged children and is meant to help them “access the internet for educational purposes”.

This appears to mirror an idea raised by the federal opposition earlier this month to identify families most in need of broadband assistance.

“NBN Co will waive the $37 monthly wholesale charge, paid for by internet providers, for many services on the 25/5 Mbps speed tier plan available from April until September,” the Government said.

“This is an opt-in scheme for internet providers.

“Participating providers will have their corresponding retail offering assessed by an internal panel at NBN Co to ensure that low-income families will have access to the most cost effective NBN packages.”

The offer applies to all of the fixed-line network, fixed wireless as well as Sky Muster Plus.

iTnews has sighted some details of the eligibility criteria, including that target families are presently "unconnected" to the NBN, and receive "for example, Family Tax Benefits Parts A and B".

However, it appears that state and territory Departments of Education and schools will likely make the calls on eligibility.

"We believe that schools are best placed to identify those families that are most in need," an NBN Co spokesperson told iTnews.

"We will be providing a list of the participating internet providers to all the education departments across all the states and territories and different school systems to help to enable this initiative to reach those most in need.

"We have also been working closely with Education Departments around the country and other school systems already."

Free or a nominal retail cost?

Documentation suggests RSPs will need to "publicly state intent and offer specifics e.g. free or discounted NBN until September 30", suggesting there is some expectation that RSPs may need to absorb costs on their end, or at least cap any nominal fee they charge families.

Additionally, it appears each RSP can initially claim up to $1 million in fee waivers.

NBN Co's spokesperson told iTnews the company is "expecting that internet providers will pass-through the benefits of these measures, and will look to bring together discounted offers targeted at supporting these customers in need."

"Ultimately, internet providers have the relationship with customers, and it will be a matter for retailers to bring together suitable offers," the spokesperson said.

Aussie Broadband revealed on Friday afternoon it would offer services to unconnected, low-income households for free.

“We'll be participating in the program to offer free 25/5 internet plans for low-income households with school-aged children who currently have no connection,” managing director Phillip Britt said.

“Over the next few weeks, we’ll be working closely with schools to identify families who will benefit from this program.

"It’s critical for these families to access the internet for their kids’ education during this time.”

If the offer uses Labor's number of 55,600 family households in need, a six-month waiver of wholesale fees would cost around $12.3 million.

That could suggest the $50 million has an in-built allowance for the offer to be extended to a year or more.

However, it will depend on how NBN Co define eligibility. It may be that the company is using a broader definition than Labor, in which case less money would be left over to continue the scheme.

In a statement, Shadow Minister for Communications Michelle Rowland welcomed NBN Co's move but also called for it to be extended.

"We urge NBN Co to offer certainty and expand the duration of the eligible wholesale rebate for unconnected families beyond September 2020, as the current funding allocation appears to comfortably allow for that to occur," Rowland said.

NBN Co was noncommittal on an extension of the program.

"The intention of the fund – approximately $50m - is to run until September but will work closely with the industry to determine if we need to introduce any further measures," its spokesperson said.

"Based on the short consultation with the industry, we believe this package will cover those unconnected households and that the funds are sufficient to ensure internet providers have scope to identify and address these customers’ needs."

A second $50 million tranche will be allocated to households experiencing financial hardship.

“Financial relief will be provided by NBN Co to internet providers so that they can maintain NBN connections for households that are unable to pay some or all of their bills,” the Government said.

This money will also be available to low-income families with children now needing distance learning, but who already have an existing NBN connection.

It appears NBN Co may cover the full cost of the connection, potentially including the RSP's costs; documentation states that "no co-contribution [is] required from [the] RSP."

The third allotment of $50 million is to support small and medium businesses.

For businesses, NBN Co will offer two tiers: either a full waiver of NBN charges, or a 50 percent waiver with the "RSP to waive [an] equal dollar amount".

"This is a welcome gesture, and Labor will consult with stakeholders on suggestions as to how this might best work in practice," she said.

The measures are an outcome of an “expedited industry consultation led by NBN Co involving more than 50 internet providers, Government and the Australian Communications Consumer Action Network (ACCAN).”