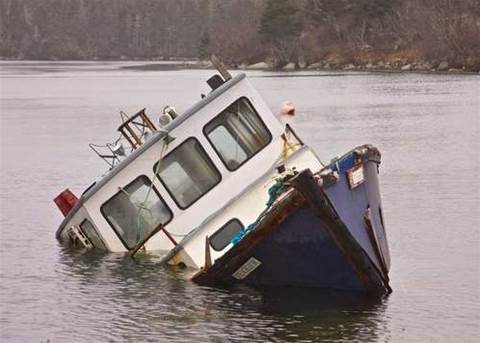 Telstra is winning few friends with its attempts to limit restrictions on how it handles NBN information, failing to gain the confidence of even the information source, NBN Co.

The regulator has already sent the plan back for redrafting once, and a repeat rejection looks increasingly likely given the chorus of disapproval emanating from the industry.

The plan is meant to prevent confidential NBN migration information supplied to Telstra under the definitive agreements from being passed to Telstra Retail, where it could be used for anti-competitive behaviour.

Like the ACCC, NBN Co is concerned that Telstra is trying to "limit the scope" of internal data-sharing restrictions, creating the potential for misuse of NBN-supplied data.

The plan is meant to cover "NBN migration information". Telstra has contentiously taken this to mean information only about "the disconnection and connection of individual premises".

"The definition of NBN Co Migration Information is clearly intended to be limited to the NBN local access fibre network (not extending to information related to the transit network)," Telstra argued. (pdf)

"This term is limited to the disconnection and connection of individual Premises. It does not cover all work undertaken by NBN Co to bring any of part of the network into existence over which NBN Co will later provide any or any part of its services.

"Had the Final Migration Plan intended to deal with all information provided to Telstra under the Definitive Agreements, it would have done so."

Telstra has conceded some ground in its most recent revision of the infosec plan, committing to restrict internal sharing of information related to NBN Co's points of interconnect, many of which are Telstra exchanges.

Telstra believes this resolves anti-competitive concerns while overstepping its regulatory obligations, but others aren't so sure.

"NBN Co's ongoing concern is that any inappropriate restriction in the scope of the NBN ISP may have unforeseen consequences for the industry, including NBN Co, in the future," the company said. (pdf)

NBN Co argued that Telstra couldn't know with any certainty what information would and wouldn't afford it a competitive advantage, pouring cold water on the incumbent's reasons to exclude transit data.

More fundamentally, NBN Co argued the whole purpose of the infosec plan was to put controls around "any information ... disclosed by NBN Co to Telstra".

Whether Telstra thought the information could be used to gain a competitive advantage or not was irrelevant, NBN Co argued, and was therefore no reason to include or exclude certain categories of data from the security rules.