Adds 574 premises to footprint in final seven months of build.

NBN Co has provided for the first time the distribution of premises within 25km of the Adelaide GPO that are mapped to receive a Sky Muster satellite service.

A fresh batch of numbers [pdf] released under freedom of information (FoI) also shows that NBN Co added 574 premises within 25km of the GPO to the Sky Muster footprint between mid-November last year and July 1 this year, a 24 percent increase.

However, it’s the detailed distribution of premises across the radius - at 5km increments - that is perhaps the most interesting aspect of this data release.

As iTnews has previously reported, there has long been interest in the number of metro - and metropolitan fringe - premises that NBN Co put into the Sky Muster footprint because the cost to serve them with other access technologies was considered too high.

The extent of this first came to light back in March 2017, when another FoI dump of NBN rollout data by electorate showed 4013 premises in “urban” electorates had been allocated Sky Muster.

The next major update on that 4013 number didn’t come until February this year, with an estimated 6500 premises Australia-wide within 25km of a capital city GPO mapped to Sky Muster. That data release was current to November 12.

There isn’t yet an update on the full national number as at the end of the NBN volume rollout, though the interest in that is likely to be high, given NBN Co recently rezoned 42,000 premises that proved too hard to connect with fixed wireless to either the fixed-line or satellite footprints instead, and the split there is unknown.

At a South Australia-specific level, NBN Co definitely added premises to its Sky Muster footprint as part of the final push of the volume rollout.

In mid-November last year, there were 426 active services and 1917 “potential, inactive” services within 25km of Adelaide’s GPO, for a total of 2379 premises.

By the start of July this year, there were 503 active services and 2450 “potential, inactive” services.

Overall, the number of premises within 25km of Adelaide GPO in the Sky Muster footprint rose 24 percent in about seven months.

NBN Co also added many more premises to the satellite footprint than were willing to take up a service.

The distribution of the premises is also interesting, as this is the first time that this level of granularity has been provided. 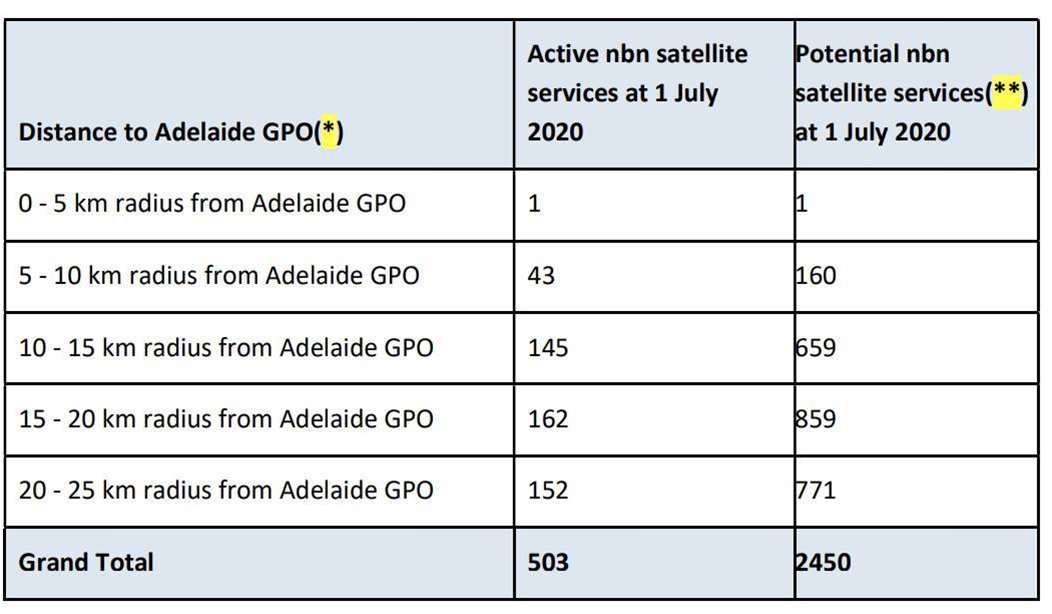 The interesting aspect is arguably the number of premises mapped for Sky Muster within 10km of the Adelaide GPO.

iTnews has mapped this, with the blue circle representing the 0-5km radius and the red circle a 10km radius. 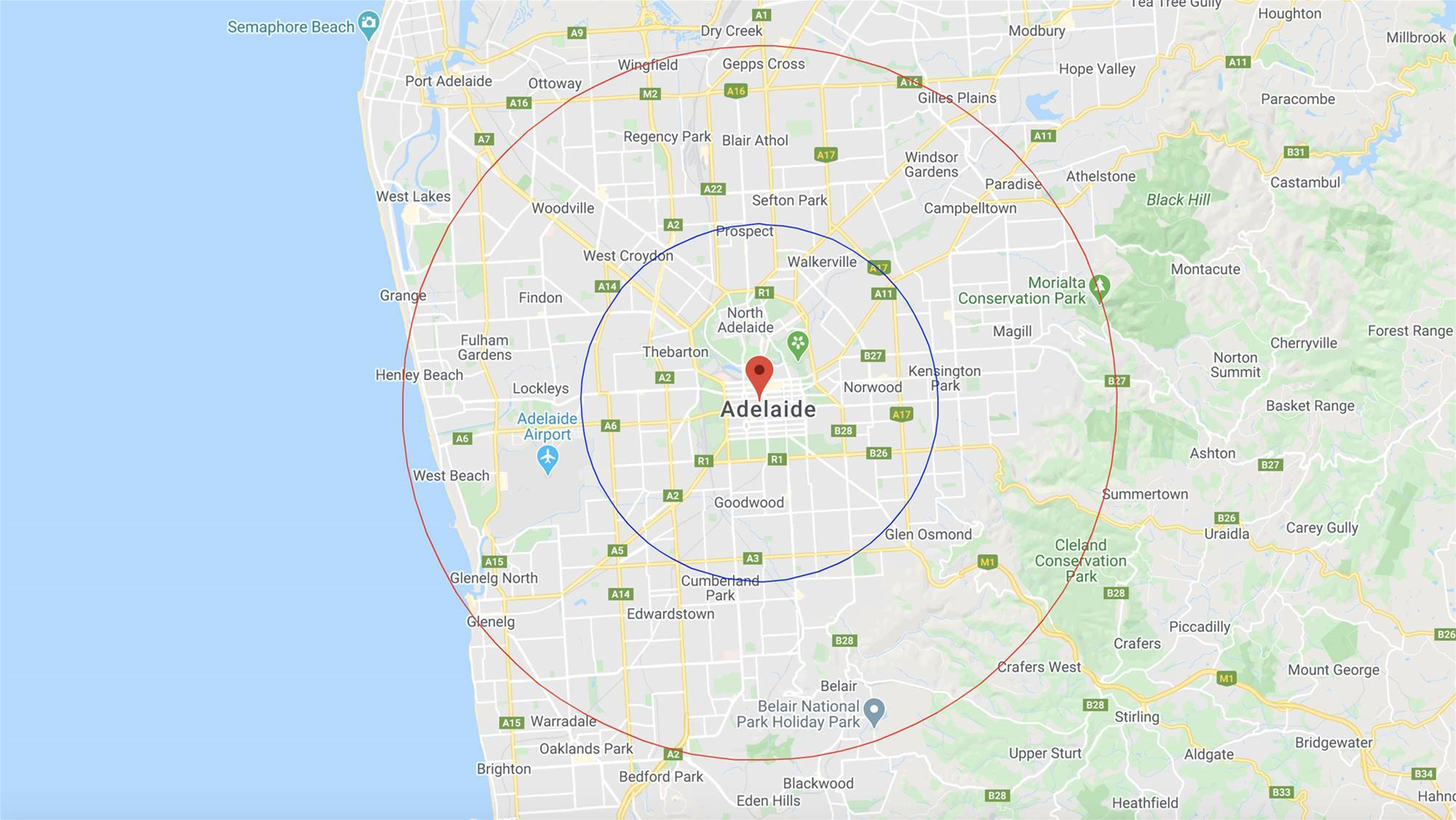 Based on the numbers just released, there’s 205 premises within 10km of the Adelaide GPO that are mapped for Sky Muster, of which 44 - or 21 percent - are actively connected.

There will be interest in the bands beyond this, too - Adelaide Hills residents have long had issues with being allocated Sky Muster over other connection types, particularly where they were already served by ADSL.

Mylor, about 20km from Adelaide CBD, was flipped from wireless to Sky Muster earlier this year.

How much of an issue this is will depend on internet use. NBN Co has narrowed the gap in what is achievable on Sky Muster, courtesy of its Sky Muster Plus product, which unmetered large amounts of traffic with the exception of Netflix and other video streaming.

The price of Sky Muster services are generally higher than for NBN users with a fixed-line connection.

NBN Co included its usual list of cautions with the release of the Adelaide GPO radius numbers, including that the radius measure isn't exactly a scientific way of assessing what kind of access technology one should receive.

The company said sites near a metro area could also include retail service provider "trial locations and NBN Co’s own monitoring sites for testing the health of the network", isolated sites that will never be connected, and sites where customers can choose to remain on ADSL.