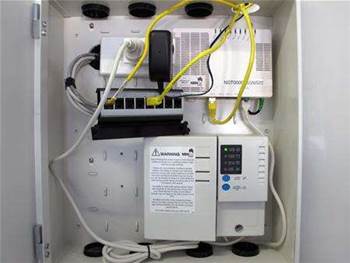 NBN Co is set to introduce an after-hours installation option for customers whose premises are in the FTTx footprint, but will levy a $150 fee for the new service.

The network builder indicated in its most recent integrated product roadmap that after-hours installation would be available from sometime in March.

“The new appointment windows which are being contemplated as part of this new after-hours installation capability are as follows: 5pm - 9pm (Monday to Friday), [and] 9am - 12pm and 1pm - 5pm (Saturday and Sunday),” NBN Co said in its integrated product roadmap.

New NBN customers wanting an after-hours installation will have to pay $150 on top of any other applicable installation fees.

The $150 fee also applies if an after-hours appointment is cancelled, late, or missed by the end user, according to the revised WBA. Cancellations must be made “at least 24 hours” prior to the NBN installer arriving to avoid the fee.

The fee is technically levied on the ISP that places the order for the service, meaning it would be up to them whether they passed the cost onto their customers in full or part.

In addition, some ISPs offer to update in-home cabling and set up the home network for additional fees.

NBN Co said it would only offer out-of-hours installations for FTTx technologies including FTTP, FTTB, and FTTN.

The network builder said it had held an industry engagement consultation on after-hours installations in September last year.