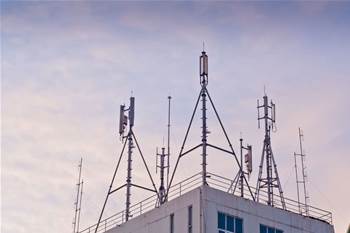 NBN Co has accused Telstra of trying to use its deal with TPG to circumvent limits on spectrum ownership.

The arrangement with TPG, which is under ACCC review, has the potential to double the spectrum available to Telstra in regional locations, giving it the chance to launch more fixed wireless broadband services that would compete with NBN Co.

While NBN Co has no mobile network, it uses 5G spectrum in its fixed wireless broadband network, so it has an interest in how spectrum allocations play out.

In a submission [pdf], NBN Co highlights how it believes approval of the deal might affect its access to spectrum – particularly if TPG only maintains a minimal regional retail footprint.

Under the multi-operator core network (MOCN) proposed by the two carriers in February, they would share 4G and 5G spectrum, which would substantially expand TPG’s reachable footprint.

The two carriers would still deploy their own core networks, having said in February that is “where key differentiating functionality resides”.

What bothers NBN Co is how things play out where TPG doesn’t build its core network. In that event, Telstra would effectively be the only user of the pooled spectrum in that region.

Spectrum rules published by the ACMA limited how much spectrum each carrier was allowed to bid for in recent spectrum auctions – 20MHz or 30MHz in any given area in lower frequency bands, 60MHz or 80MHz in higher bands.

That would “effectively circumvent the competition limits implemented in recent spectrum auctions following the ACCC’s advice.”