NBN Co says it may not overbuild all FTTN 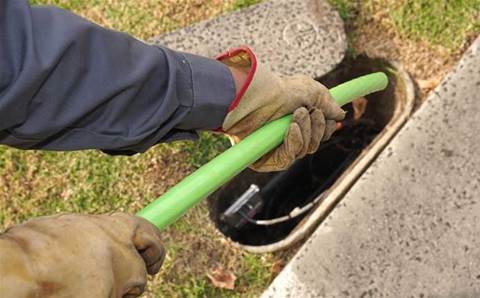 Curbside fibre is a favoured compromise, but may never be for everyone.

Could pick and choose areas of demand.

NBN Co has indicated it might not pursue a complete overbuild of its fibre-to-the-node network in future, and may instead limit any deployment of fibre deeper into its network to areas of latent demand.

While not a decisive position, it provides an insight into how the company might treat its FTTN assets in future, particularly if - as critics suggest - the copper portion is deemed end-of-life.

NBN Co was asked by West Australian Labor MP Josh Wilson whether it could rule out a scenario where “some areas of the FTTN footprint are overbuilt with FTTC/FTTP, whilst other FTTN” areas were left “without any commitment to upgrade”.

“That is, would a decision to upgrade be ubiquitous?” Wilson asked.

It appears, at least for now, that bringing fibre closer to premises in FTTN areas will not occur in a ubiquitous fashion.

“If there was no demand for higher services in a particular area, it would not necessarily make sense to prioritise an overbuild in that area,” NBN Co said.

The network builder indicated it was possible that improvements to vectoring technology could meet the future needs of the FTTN user base.

“It comes down to semantics as to whether improvements in vectoring technology are an
enhancement or an upgrade,” NBN Co said.

“[We are] continually looking to improve services to Australians, whether through improvements to our processes, or through technology improvements and innovations.”

Up to 6.3 million premises are scheduled to receive FTTN/B/C connections, according to the latest NBN corporate plan.

The network builder - and its government shareholders - have copped considerable flak in recent years for reusing copper rather than deploying newer fibre optic cabling closer to premises, as was promised in Labor’s original NBN plan.

There are two options to bring fibre closer to premises than the node cabinet: either to the curb outside the premises or right up to the premises itself.

Fibre-to-the-curb (FTTC), as NBN Co calls it, is considered by many to be a good compromise between FTTN and FTTP.

FTTC is expected to cost around $2900 per premises, though an upgrade from an existing FTTN connection would cost far less.

NBN Co did not discuss what level of demand it would want to see before an upgrade of an FTTN area to either FTTC or FTTP made sense.

However, the strategy means heavy internet users hoping for better access technology without directly paying for it under NBN Co’s technology choice program could be waiting a while, particularly if their neighbours are not big internet users.

Parts of the FTTN network today are incapable of meeting minimum NBN performance standards of 25 Mbps. One-third of all active FTTN services can’t achieve a peak downlink speed in excess of 50 Mbps.

Some of these may see improved performance once they no longer have to co-exist with ADSL services.

However, if all else fails, some FTTN users may be switched to other access technologies before 2020 to ensure they can get a connection capable of at least 25 Mbps.