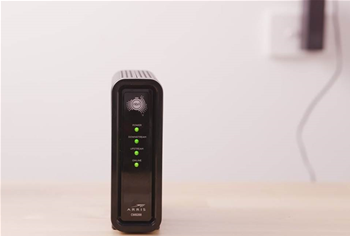 NBN Co has revealed that 58 percent of its hybrid fibre coaxial (HFC) footprint remains unserviceable, seven months after the sales freeze on connections was lifted.

The network builder said that as of November 16 there were still 1,192,965 premises in the HFC footprint whose connections were classed as unserviceable.

That equated to 58.2 percent of all HFC premises declared ready for service, the company said.

“The HFC figure is temporarily inflated during the period of the activations pause,” NBN Co said in notes accompanying the 58 percent figure, repeating verbatim a statement it previously made back in April.

“The majority of premises in the ‘paused’ HFC footprint will be moved to other serviceable classes throughout 2018 and a corresponding fall in the HFC percentage can be expected.”

NBN Co froze HFC sales between December 11 last year and late April this year so it could remediate parts of the network and improve performance. It kept rolling out more HFC despite not being able to sell any.

That meant that, by July, the sales freeze had impacted about 1.38 million HFC premises.

As per NBN Co’s statement, the number of unserviceable HFC premises was meant to reduce fairly quickly through the back half of this year.

“From July onwards NBN Co expects to significantly ramp up the release of HFC premises to retailers, forecast to hit around 100,000 premises per month,” the company said back in April.

It remains unclear how close to this pace of re-release that NBN Co has gotten.

iTnews understands that NBN Co has remediated and released around 700,000 premises originally caught up in the freeze, which would put it close to the 100,000 premises a month release target.

An NBN Co spokesperson told iTnews that "NBN Co has been taking a conservative approach, as we will not prioritise build and activation progress at the expense of customer experience.

"We're releasing limited premises back for resale to ensure we have fully optimised and improved HFC connections on the NBN access network.”

What is clear is that the 58 percent of HFC unserviceable figure is far higher than it was even in March this year - at the height of the sales freeze.

At that time, NBN Co reported that 35.5 percent of all HFC connections were unserviceable.

Updated at 4.30pm with comments from NBN Co.