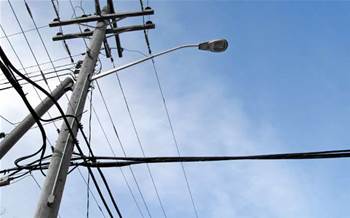 After large program of virtual splits.

NBN Co will set up an internal program to increase the number of physical node splits being performed on parts of its HFC network.

Node splitting is a strategy employed by network operators to reduce oversubscription on existing HFC nodes by splitting them into two new nodes.

“Node splitting can be used to decrease the number of premises sharing the same node which in turn allows greater bandwidth to be offered to the remaining premises,” according to research commissioned by NBN Co following its HFC network pilot last year.

It is understood that around 1000 node splits have already been undertaken for the NBN HFC network.

The vast majority of these appear to be “virtual” node splits and are being performed by Telstra before its HFC areas are declared ready for service on the NBN.

It appears the physical node splits program of work is set to be expanded.

NBN Co said a fortnight ago that it now plans to employ an internal project manager to deliver “the establishment and internal alignment of [a] physical node split program with internal business units and the delivery partner in accordance with [an] agreed HFC capacity program”.

Node splits are one tool in NBN Co’s armoury for increasing the capacity of parts of its HFC network.

The need for physical node splits may increase as more users switch over from their Telstra and Optus services to the NBN.

Other than node splits, one other option on the table for NBN Co to increase the capacity of the HFC network would be to acquire additional spectrum from Telstra or Optus as they respectively retire their networks and move their end users over to the NBN.

It is understood that decisions on how to address capacity concerns in different parts of the HFC network would be made on a case-by-case basis.