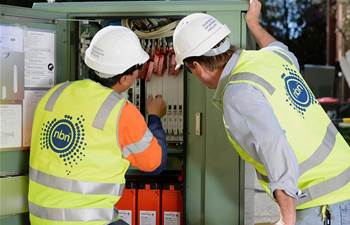 Worries too many users will 'drift down' to cut-price offer.

NBN Co is continuing to resist pressure to introduce a cheaper entry-level broadband product over fears of the number of users that would wind up using it, eating into long-term revenue and cash flow.

It’s the first time that NBN Co executives have publicly spelled out why they continue to oppose the introduction of more specific affordable, entry-level internet services than those already in-market.

The company has been under pressure to find a way to serve “price-sensitive” households and to improve the affordability of services on its network.

The government defines affordable internet as a basic 12/1Mbps service with unlimited data for $60 a month retail. Others have proposed specific products for low-income households for half that price.

A pricing review run through the back half of last year was meant to find a solution, but NBN Co wound up making only limited changes to its existing pricing, and deferred talk around a specific low-income solution to another process.

In a senate estimates hearing on Tuesday night, NBN Co raised fears that an aggressive entry-level plan would essentially sabotage the company’s multi-year effort to step users up to higher speed services.

“It would tend to drive more customers down into that much lower speed tier,” chief customer officer for residential Brad Whitcomb said.

“To the extent that the entry level price gets pulled down and the economics become more attractive to retailers, more people would tend to find themselves there.

“The awareness around the impact of not having the right speed is limited across the market so you’re relying on a consumer group that might not be fully aware of the implications.

“They could take up lower speed tiers, they won’t get the experience that they want, it doesn’t unleash the network that we’ve built.”

Whitcomb said NBN Co believed that “for the most part, customers get a better experience when they have access to the speeds that meet their needs in the home”.

“So when you start talking about entertainment or multiple devices, kids doing their homework etc typically that requires a higher speed tier than a 12/1,” he said.

“We’ve made a very concerted effort, and in fact to summarise our approach to pricing is ‘much much more for a little bit more’.

“That’s to uplift the digital capability of the nation, and we see that better served when people have access to a lot of capacity and higher speed.”

NBN Co CEO Stephen Rue said any migration of users back down to 12/1Mbps would have long-term revenue and cash flow repercussions for the company.

“It is absolutely in the long term interests of customers for us to have cash flow so we can continue to invest in the network to improve customer experience, and to continue to evolve our network,” Rue said.

“Quite frankly, spending money on a network and having lots of people on low speeds I don’t think is a good outcome.”

Rue further argued that cutting 12/1 prices would have a flow-on impact to higher tier plans, which would need to also be made more attractive to discourage retailers from mass-migrating their user base down to 12/1.

“If we were to not want there to be a drift down of a lot of customers down to 12/1, we would have to look at the pricing structure of speed tiers above 12/1, which would obviously have an even greater detrimental revenue impact,” he said.

“It may address perhaps some of the customers not going to 12/1 - in other words, we may end up with the same mix we have today - but that would have an even greater impact on our revenues.”

He said it had been created to balance the needs of NBN Co, industry and consumers.

“We set what we thought was a fair pricing outcome with the industry following many, many months of consultation, and a disturbance of that would have a detrimental impact - I think - on consumers long-term,” Rue said.

“I’ve been on the public record many, many times, saying it’s important to balance the needs of retailers, the needs of NBN Co and obviously the needs of consumers.”

NBN Co has always had a take-up goal of between 73-75 percent of users. The rest, it is assumed, would connect with cellular or other technology, or in some cases may not have internet at all.

The concern is that for some Australians, an NBN connection is out of financial reach, meaning they are also unable to take advantage of online services such as government, health or education.

It still wasn’t clear from NBN Co’s commentary why it could not launch a product that only certain Australians, such as those receiving income support, could access.

This is, after all, what the long-running proposal by the Australian Communications Consumer Action Network (ACCAN) asks for.

“We believe that our plan for a 50Mbps product for $20 wholesale/$30 retail for households receiving income support is the best way to achieve affordable broadband for Australian households,” ACCAN has previously said.

Such a limitation could afford NBN Co the certainty that the cheap plan would not simply be inundated with all manner of users after a better deal.