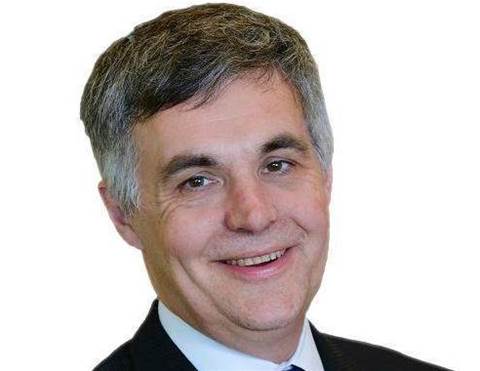 NBN Co will promote its chief financial officer Stephen Rue to lead the company, replacing Bill Morrow who leaves at the end of this month.

Though the network builder had engaged a search firm to look externally for a suitable candidate, it wound up promoting from within.

“Given the unique nature of the NBN access network and the Australian telecommunications environment, with the end of the build phase only two years away, the Board concluded that an internal candidate with firsthand experience of driving change and improvement throughout the company would be best placed to help ensure all Australians have access to fast broadband by 2020,” the company said in a statement.

Rue has been chief financial officer for NBN Co since 2014. He will take up the new role of CEO on September 1.

NBN Co chair Dr Ziggy Switkowski underlined the Board's choice as one driven by concern that an external candidate would be unable to take the reins from day one.

The build is entering a critical year where it must regain lost ground on its HFC and FTTC builds, and complete some of the more difficult connections under the project.

"The appointment of a quality internal candidate reduces the risk of loss of momentum in the business from the leadership change, and ensures continuing ownership and accountability for delivery of the NBN Co corporate plan," Switkowski said.

Nokia - which is a supplier of fibre-to-the-curb (FTTC), optical transmission equipment, fibre and software, among other things, to NBN Co - welcomed Rue's appointment.

"NBN Co is in great hands with Stephen Rue," Nokia's head of Oceania Zoltan Losteiner said in a statement.

"As one of NBN Co’s original strategic partners we know from experience just how close Stephen is to the day-to-day operations of the nbn business, deployment and service delivery works.

"He’s already shown insightful and calm leadership both internally and externally, and I think this will naturally put him in a strong position in his new role."

Current NBN Co CEO Bill Morrow said on an earnings call last week that his successor's challenges would be to keep the project on track.

"As far as the challenges with NBN, whether it was back for me four years ago or for the new CEO going forward, It’s going to remain keeping focused on what the purpose and the mission of NBN is," he said.

That mission included enabling applications in education and healthcare as well as entrepreneurship regardless of whether a person lived in the city or country, Morrow said.

"And of course it’s about keeping people connected," he said.

"The challenge of staying focused on that very issue, while we deal with the day to day complexities, is going to be here for some time at NBN Co but I have no doubt that whoever the Board selects for this role will be able to overcome that challenge and deliver that purpose."

Morrow said the new CEO may have to deal with some of the same surprises that occurred over his tenure, including the HFC stop-sell, and performance problems with the fixed wireless and satellite networks.

"You can never predict the exact details of the future," Morrow said.

"This is a complex network build and I’d never say there won’t be surprises because there almost always will.

"It’s more how resilient the team is, how agile it is to overcome and deal with those challenges as they emerge. I believe the team’s quite capable."

Morrow has not said what his next move will be.