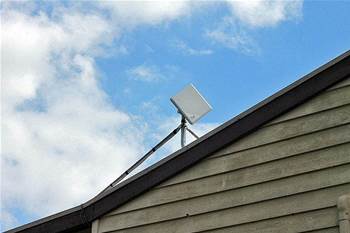 Asks for 26 GHz licenses in all parts of wireless footprint.

NBN Co is starting to lay the groundwork for a future foray into millimetre-wave 5G, which it revealed in June as a likely future upgrade path for its fixed wireless network.

"NBN Co requires upgrade paths, in accordance with the government’s expectations, for [our] fixed wireless network across the entire footprint," it said. [pdf]

The ACMA is currently consulting with industry on future uses of several bands including 26 GHz and 28 GHz.

One of the main questions from these consultations is how 5G operators might use these bands, which to date have been reserved for satellite-based services or point-to-point links.

While NBN Co is keen to have its own millimetre-wave needs catered for, it also wants to make sure any 5G services allowed to operate in these higher bands don’t interfere with the operation of its Sky Muster satellite services.

In particular, it wants 5G operators to be barred from offering services in the 28 GHz band, which it currently uses for its 10 Sky Muster ground station gateways.

“NBN Co seeks planning decisions in respect of the 28 GHz band that: excludes 5G mobile network deployment given the risk of interference from 5G mobile network coexistence; and enables a satellite upgrade path [for NBN Co].”

NBN Co produced its own analysis of the potential for Sky Muster and 5G mm-wave services to coexist, in part because it did not believe existing studies accurately captured the range of coexistence scenarios that might lead to interference on the Sky Muster services.

“NBN Co considers that coexistence with terrestrial services in 27.0 – 27.5 GHz in the area aligning with each of the 10 dedicated satellite gateway beams could result in no service in the worst case scenario (i.e. capacity being reduced up to approximately 33 percent),” the company concluded.

To date, most of the attention on 5G has been focused on lower bands, particularly 3.6 GHz where $853 million was recently paid for licenses Australia-wide.