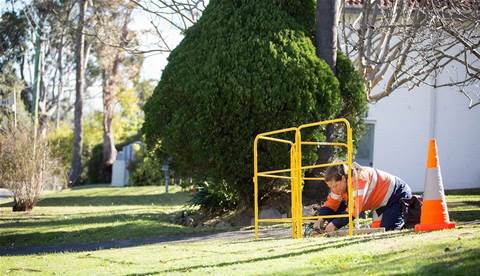 The latest set of customers switched out of NBN Co’s HFC footprint into fibre-to-the-curb are being placed at the back of the queue, with most given expected connection dates in 2020.

The network builder finally quantified the effect of its latest multi-technology mix shift on Wednesday night via a major update to its maps.

NBN Co revealed its decision to transfer up to 440,000 more planned premises out of the HFC footprint about a week ago, but did not say which suburbs would be affected, nor when they could now expect a serviceable connection.

The 440,000 largely consisted of premises in Telstra HFC-cabled areas that do not have a lead-in (“in-fill”), or that are currently just outside a Telstra HFC network border but were intended to be added (“extension”).

Analysis of the map update by iTnews shows where those 440,000 premises are located, as well as a more detailed overview of this latest flip.

Around 160 suburbs that had been designated HFC have been switched over to FTTC instead.

Only one suburb is in Western Australia.

Of these 160 suburbs, 127 have been given a new expected ready to connect date range of January to June 2020.

A further 22 have an expected ready to connect date range between July and December 2019.

In almost all cases, the conversion into the FTTC footprint means an extra year of delay.

Most customers in HFC in-fill and extension areas had ready to connect dates between January and June 2019.

NBN Co's fibre-to-the-curb deployment largely consists of premises that were once in the HFC footprint, including 700,000 Optus HFC premises and now up to 440,000 premises in or near Telstra HFC areas.

Federal Labor has led calls over the past year for more of the remaining premises in the NBN project to receive FTTC rather than other last-mile access technologies.

NBN Co made the case for more FTTC - including at the expense of HFC - more than two years ago, but preliminary estimates of the cost meant the idea was scrapped.