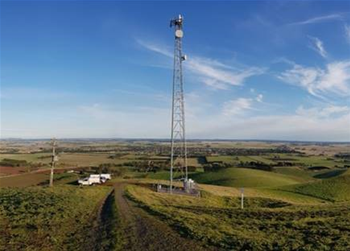 NBN Co said it has reduced the number of users per fixed wireless cell from “historical levels of around 60” down to 19 “on average”.

The company said that reducing the average number of users per cell was one initiative it had undertaken to “achieve increased data rates for users”.

It was also optimising “end user radio conditions” and “actively balancing user profiles” as part of the same package of works, it said in a statement today.

“Following a 20 percent increase in the number of active cells in the last twelve months, there are currently 19 users per cell on average, a reduction from historical levels of around 60,” NBN Co said in a statement.

Congestion on the fixed wireless network has been a multi-year challenge for NBN Co and has cost the company at least $800 million to fix.

In 2017, NBN Co had approximately 5000 cells activated "with 60 users per cell in different locations as the maximum allowable number", an NBN Co spokesperson told iTnews.

That would appear to suggest that while the number of users on some cells peaked at 60, the distribution of users among active cells was not uniform.

Now, NBN Co's spokesperson said, "with 342,000 customers on the fixed wireless network, there are now approximately 19,000 cells" - which gives an average of 18, or 19 with likely rounding errors.

Recently-added cells have been targeted at areas and users that experience particularly slow uplink speeds.

Outside of increasing the number of cells, NBN Co is also deploying carrier aggregation “to improve load balancing across available spectrum and enhance single user data rates”, and exploring the use of newer antenna technology and high-capacity backhaul.

It has also proposed the introduction of bandwidth limits on individual users in busy times, enforcing a fair use policy.

The updates on congestion activities came as NBN Co announced the results of tests of millimetre-wave 5G technology, which may be deployed in future upgrades of the fixed wireless network.

“In live testing at an NBN proof of concept site near Mortlake, Victoria, NBN Co and its technology partners, Ericsson, Qualcomm Technologies and Casa Systems, achieved a stable 5G mmWave transmission of close to 1Gbps at a distance of 7.3km, double the distance recorded at the site just three months ago, and a new record globally,” it said.

NBN Co added that more than 90 percent of its fixed wireless customers live within 7.3km of an existing cell.

NBN Co's spokesperson added to iTnews that the company "has a commitment to explore innovative ways to optimise performance and customer experience on the fixed wireless network, bearing in mind our finite spectrum and resource limitations."

"Industry development for mmWave to date has largely focused on high-density urban environments and our team has been working to push the boundaries of the underlying technologies to help identify a development pathway for commercial solutions in the coming years that can help meet the distance requirements of the fixed wireless network and other similar networks around the world," the spokesperson added.