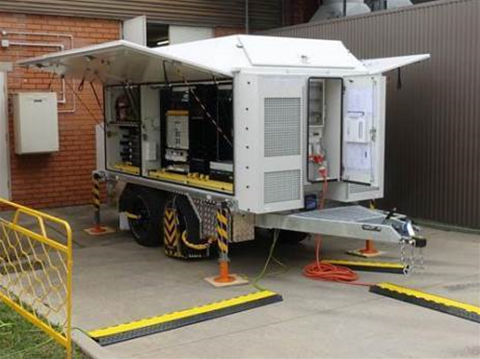 NBN Co believes it could cut five months off the time needed to deploy new radio transmission dishes to backhaul its fixed wireless network if certain rules were relaxed.

The network builder is one of the driving forces behind a snap review of “low impact facilities” rules, which govern what types of infrastructure telcos can install without needing a formal development application (DA) with the local council.

One reason it wants rules relaxed is so it can deploy new types of antennas and poles outside of local planning laws.

However, it has emerged that this is just one of NBN Co’s interests in seeing the rules changed.

The company is also hoping for a broad range of amendments to make it easier to deploy radio backhaul, and to deploy a range of backup power options at remote sites, including larger solar arrays than are presently permitted.

In addition, it wants certain exemptions that would allow it to restore services more quickly in times of emergency.

One major change on its wish list is that dishes with diameters up to 2.4m be installed outside of council regulations. This is currently limited to dish diameters of 1.8m.

“NBN Co’s [fixed wireless] network relies on radio transmission to link individual sites to one another and ultimately back into the fibre network,” the company said.

“This proposed amendment is important to NBN Co as 2.4-metre transmission dishes currently trigger development applications that add an average of five months to deployment timeframes of impacted sites.

“This delay can affect multiple sites in surrounding communities due to the interdependent nature of the network design.

“This significant delay is not considered appropriate considering the minimal increase in visual amenity impacts arising from the use of 2.4-metre dishes, which are difficult to differentiate from 1.8-metre dishes that are currently low impact.”

NBN Co also backed a proposal to allow extensions of its existing wireless towers in “commercial areas” of up to five metres. However, it wants to see “multiple” extensions permitted, not just a single one, which could, over time, significantly raise a tower’s height.

The network builder also wants to see changes to the size of backup power installations that can be installed adjacent to a “telecommunications facility”.

It said there was a current “7.5 square metre limit” to solar arrays, which it claimed had “been a constraint to NBN Co deploying solar panels”. The company was also unimpressed that the rules were presently limited “to rural areas”.

“NBN Co’s focus has been on maximising the use of renewable power generally, not just in rural areas, where grid connection is impractical,” it said.

“In the near future, NBN anticipates deploying larger grid-connected solar systems with batteries that take advantage of low-cost renewable power, matched to the growing power demand at fixed wireless and other sites.

“NBN Co, therefore, requests that: the rural limitation be removed or limited to residential areas only; [and that] the facility definition be reviewed to be technology neutral so as to enable, for example, small wind, fuel cell, compressed air, diesel, battery, or solar power generation combinations to be deployed.

“In respect of solar panels, the size requirement should permit up to 25 square metres of solar photovoltaic panels (12 panels in total).”

NBN Co also revealed that it is in the process of building a range of trailer-mounted network assets that can be deployed quickly in areas where disasters cut off regular communications.

The trailers appear to be modelled on Telstra’s similar assets, which include a mobile exchange on wheels (MEOW) and cell on wheels (COW).

NBN Co notes it is loathe to use these terms, however, given they refer to “carrier-specific items of portable infrastructure”.

Instead, the company has created networks on wheels (NOWs) and wireless on wheels (WOWs).

It is also developing “a modular temporary network facility or point of interconnect on wheels (MTFN or POWs)”, it said.

It wants to ensure that deploying the units is allowable until it is able to permanently restore regular services.