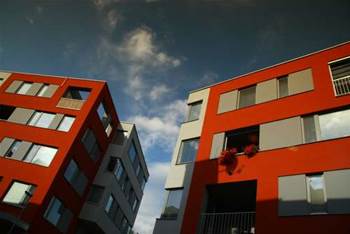 NBN Co biggest area switch quote in the past two years was to a “business” applicant on the NSW central coast, coming in at $11,156 per premises.

The quote, for a multi-dwelling unit (MDU) complex in Tuggerah on the NSW central coast, was to upgrade connections from fibre-to-the-node (FTTN) to fibre-to-the-premises (FTTP).

“The cost per premises was high due to the distance from the node,” NBN Co said.

It did not say whether the applicant had signed off, nor how many premises were in the complex.

Figures released last month show that less than one percent of “area switch” applicants actually approve their quotes and do the upgrade.

An area switch is one of two options available to people unhappy with the type of connection they have been given under the NBN.

It is reserved for MDUs or parts (or whole) of towns wanting to switch over, and is sometimes led by local councils, although it now appears that business applicants are mostly behind area switch proposals.

The number of area switches being pursued has ramped up significantly in the last two years.

In addition, NBN Co released the FY2017-18 dataset [pdf], showing the latest trends around what types of area switch applications are being filed.

FTTN continues to be the least popular technology, with 54 of the 96 area switches last year - about 56 percent - trying to find a path off it, usually FTTP.

That isn’t too surprising, reflecting a trend also seen in individual premises switch applications to NBN Co, based on figures disclosed last year.

One in ten area switch applications seek an upgrade from the Sky Muster satellite service. While most want to move up to fixed wireless, a more ambitious pair of applicants wanted to be quoted on a move to FTTN and FTTP respectively.

It coincides with criticism of NBN Co’s ever-expanding satellite footprint to cover premises that are simply too costly to serve with other access technologies - meaning the onus could be on these owners to stump up the costs of receiving a higher-grade service.

The dataset also shows some trends around the types of area switch applications being filed: 23 are for “whole towns” to be upgraded and a further 18 are just for “town CBDs” to be upgraded.

The remainder is largely MDUs, though there one or two outliers including an application covering multiple - albeit unspecified - buildings.

While the $11,156 cost per premises quoted for one area switch is “high”, NBN Co said that the lowest per premises cost quoted last year was $840 in Mooloolaba in Queensland.

However, it noted “this was lower as it was for a conversion from FTTN to FTTB.”