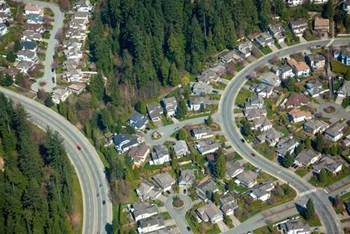 NBN Co should directly fund and rollout fibre networks in new housing estates, according to Optus and the Housing Industry Association.

The call echoed concerns raised by iTnews last month over whether NBN Co would be an option available to housing developers to meet the mandate for fibre in their estates from July.

Housing Industry Association (HIA) chief Graham Wolfe said the association did not support what he called "two levels of service" - where most homes would receive Commonwealth-funded broadband infrastructure but new home buyers would be forced to pay for it themselves.

"HIA does not consider that the Government has put forward any argument as to why new homes constructed should be subjected to a different process for installation of future telecommunications services to that which currently exists," Wolfe said in a senate submission [PDF].

That was a reference to Telstra's previous offer of free copper in estates - since retracted by Telstra.

HIA said that real estate developers should continue to be offered free infrastructure -- only that this time, NBN Co should pay.

"The decision to remove new developments from the national broadband network rollout was announced without any consultation with the residential development industry," Wolfe said.

"Since the announcement, discussions with the Government have been limited to issues around facilitating the rollout, with no meaningful debate being allowed in respect to this equity and affordability issues that will arise."

The carrier said the wording of greenfield legislation appeared to imply "that customers in new housing developments may well be served by non-NBN Co fibre infrastructure."

That raised questions on how the fibre deployed in new developments would be integrated into existing core networks, whether services will be comparable to and compatible with those offered over the NBN, and what third party access arrangements would apply to non-NBN Co fibre deployments.

iTnews has previously reported that an ACCC declaration was possible to regulate wholesale pricing, but this was not set in stone.

Optus believed the solution to these issues was for NBN Co to take a bigger role in new housing estates.

"NBN Co could be required to deploy fibre into all new developments from 1 July 2010," Optus said.

"If NBN Co will not be at a stage of readiness to commence greenfields fibre deployment by July, then serious consideration should be given to adjusting the start date."

Optus' concerns appeared to be grounded on the propensity for Telstra to be enlisted by developers to deploy fibre into new housing estates covered by the Federal Government's greenfields mandate.

Optus believed NBN Co should set all design specifications for greenfields fibre deployments and that it should be mandated that the networks can only be deployed "by a wholesale only service provider", effectively excluding Telstra from the options available to developers.

These should be minimum requirements "if the Government is unwilling to commit NBN Co to either deploying or taking future ownership of all greenfield fibre deployments."

The carrier also believed that "any new greenfield fibre deployment should be done on the basis that it will be acquired at a future date by NBN Co at a pre-agreed price".