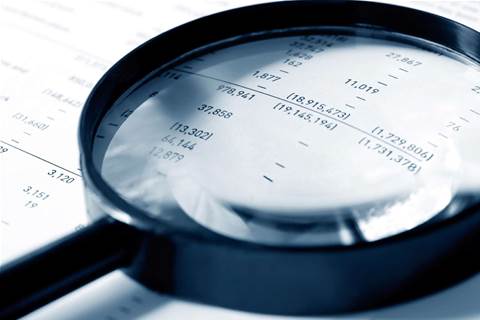 As competition watchdog takes a keen interest in performance.

The Australian Competition and Consumer Commission (ACCC) has finally moved to shore up internet performance for users of NBN 12Mbps services, 10 months after concerns were first raised.

Chair Rod Sims said that the 12Mbps tier continued to be a popular choice for part of the NBN user base, despite a string of promotions by NBN Co to get those customers to upgrade.

“While there is clearly a trend towards higher speed plans, it is important that consumers continue to have the option of affordable, basic plans, which still make up one quarter of all services,” Sims said.

Sims raised concerns that the expiry of the Focus on 50 promotional pricing at the end of last year could negatively impact users on the 12Mbps tier.

The concerns mirror those raised by iTnews in April last year.

At the time, iTnews reported that under Focus on 50, retail service providers received a cheap deal on the cost of a service (effectively a 50Mbps service at a 25Mbps price) and 50 percent extra connectivity virtual circuit (CVC) bandwidth for free, based on the amount of CVC they purchased.

The 50 percent CVC boost was meant to be just for the upgraded 50Mbps users, but due to the way the NBN works - where all traffic exchanged between the retail provider and NBN Co runs over a single CVC interconnect at each point of interconnect (PoI)  - the bonus benefited all of an RSP’s customers, not simply those who bought the 50Mbps plan.

As iTnews reported, when Focus on 50 was axed, users that received the shared benefit of that CVC boost were likely to lose it again and see their speeds regress - unless their RSP paid for the extra bandwidth.

It’s worth noting impacted users are on the 12Mbps and 25Mbps tiers only.

Higher-tier users get a minimum amount of CVC bundled with their service to guarantee performance, whereas users of the slower, cheaper services don’t (unless they were willing to accept a sizable price rise).

Given 12Mbps - and NBN generally - is considered to be a low-margin product, it's clear that RSPs didn't pick up the tab for the previously-free bandwidth.

The effect of that was that even NBN Co saw speeds retreating after the promotion ended, warning some users in October last year they would see congestion levels on the network “fluctuate”.

He suggested the ACCC would be watching keenly whether the reduction was disproportionately hurting parts of the NBN user base.

“We will continue to monitor the amount of CVC RSPs provide to their customers, and whether customers are getting the service they are paying for, including those on the lowest speed plan,” he said.