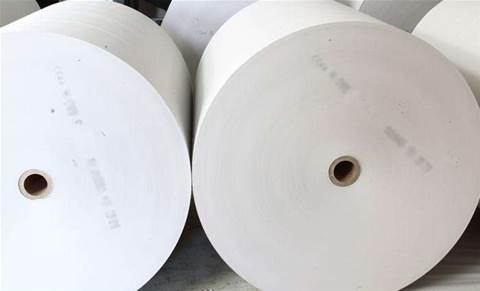 The National Archives of Australia has outlined a plan to reduce the dependency of government agencies on paper records, saving up to $200 million a year in physical storage costs.

The Director General of the National Archives, David Fricker, said he hoped to drive a coordinated and strategic approach to digital information management across the Federal Government.

The Digital Continuity Plan has been developed by the Archives as a key element of a new whole-of-government policy that will see all Australian Government agencies change to a comprehensive digital information and records management regime.

Fricker said that in a digital world it was no longer feasible or practical for government agencies to continue to manage and store paper records.

"A survey conducted by Archives in 2010 showed that by 2014 the total volume of electronic records which agencies expect to create will be more than 10.7 million gigabytes - and that's just the new records, not the overall amount of information that needs to be managed," he said.

"This explosion in information means traditional paper storage of records is simply not an option."

"We are working with agency heads to implement change including the development of the Digital Continuity Plan and other practical guidance for agencies in managing their digital information and records," Fricker said.

The plan provides guidance for agencies to ensure their digital information and records remain accessible and usable for as long as required.

"What I am trying to do is to ensure that all of our data is being stored [under] a set of policies and an information culture that ensures that information will last forever, will be fit for purpose and be flexible and authentic for the life of that information," he said.

However Fricker conceded his plans offer few milestones or resources to ensure they are implemented across the Federal Government.

He said that milestones for digital capture were still under discussion but he expected an announcement on such targets would be made before the end of June 2012.

Under the property-based definition of Commonwealth Record at Section 3 of the Archives Act 1983, information residing or stored on third-party sites may not be regarded legally as Commonwealth property and consequently may not be a Commonwealth record.

However, the digital continuity plan requires agencies to ensure that Commonwealth records of an agency activity on social media sites are maintained, and that the records will need to be captured and stored by the originating agency.