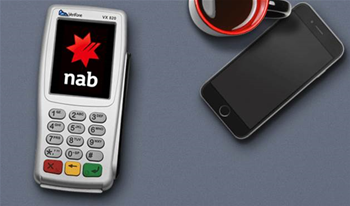 NAB’s eftpos and HICAPS terminals suffered from connectivity issues on Monday, with retailers among affected merchants reporting lost sales as a result.

“We're aware of a current issue impacting some customers ability to connect their NAB eftpos and HICAPS terminals to the network,” the bank said in an outage notification.

“We apologise for the inconvenience caused by this issue.

“Customers are advised to restart their device to successfully connect to the network.”

The problems appeared to begin at around 12.30pm AEDT and the bank noted in its last update on the issue at 5pm that the problems were persisting, though it appeared many users were able to reconnect later in the evening.

NAB said that customers unable to restart their terminals could revert to manual processing, using a phone number to put the transactions through.

However, some customers were unimpressed with the workaround.

“Our first day back after the xmas break and we had to turn away many a customer.. the alternative payment option via phone is absolutely ludicrous considering the high volume of customers in a hospitality/retail environment,” one said.

NAB customers weren’t the only bank customers to experience problems, with Westpac also suffering a mid-morning Monday outage of its internet banking system.