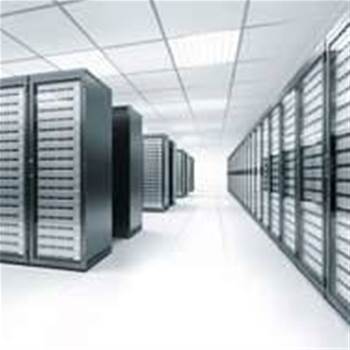 Two halls of Fujitsu’s Noble Park data centre will be the first in Australia to carry an official NABERS rating after a complex, six-month audit by Green Global Consulting was approved by the NSW Government.

The NABERS rating for data centres, launched at iTnews’ Data Centre Strategy Summit in February, is a voluntary rating system that measures the power efficiency of a facility by comparing how much of its total power use is used for IT load. The NSW and federal governments introduced the scheme to encourage organisations to adopt energy-saving methods and technologies in their data centres.

Fujitsu has been awarded a very specific four-star NABERS rating for the plant (infrastructure rating) that supplies power and cooling to 20,000+ square metres of server rooms at Building One of Noble Park (Halls 1 and 2), but only after an audit that ran for over six months which put the new NABERS methodology to the test.

Lee Stewart, head of sustainability at Fujitsu Australia, said the company opted to be the first to achieve a rating to validate its efforts to reduce data centre power consumption. It further helps to pre-empt the future demands of federal government clients, in particular.

“You only saw what happened with office buildings - the government decided it wouldn’t be in office buildings with less than three or four stars and overnight property owners had to act," Stewart told iTnews.

"We expect at some stage in the future, governments will stipulate or at least ask the question from us from a data centre perspective."

Fujitsu won’t attempt to get a NABERS rating for its IT load or the entire data centre as it doesn’t have control of what equipment customers choose to put in the co-location facility. Stewart is nonetheless using the NABERS opportunity to coach customers on energy efficient practices, he said.

NABERS data centre ratings require auditors to validate 12 months of energy readings from facilities. The scheme has only officially been in operation since February.

Frank Roberson, senior project officer at the NSW Department of Environment and Heritage - the caretaker agency for the NABERS scheme - said this was "not an issue."

“The consumption is calculated based on third party verifiable data, most commonly in the form of utility bills," he explained.

"If there are twelve months of energy bills from October 2012 to October 2013, for example, a rating can be completed."

Stewart said Fujitsu has been collecting data on power use for several years, in order to break down the data for billing its outsourcing customers on their power consumption. And while those records “weren’t perfect", Fujitsu had enough data that could be independently verified to get the job done.

The successful award of a NABERS rating makes Bob Sharon, CEO of Green Global Consulting, the first auditor certified under the NABERS for data centres scheme.

Sharon told iTnews he visited Noble Park over 25 times and put in 150 hours of work to achieve the result.

Read on for Sharon's list of important lessons for those facility owners considering a NABERS rating.