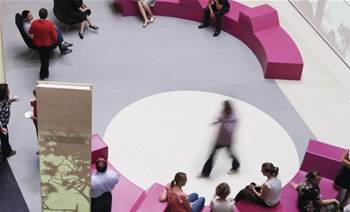 ‘The Academy’ in line for transformation.

NAB has flagged a shake-up of its internal professional development initiative The Academy, placing a stronger emphasis on digital “platforms and channels for delivery”.

The bank spent at least $8 million building a flagship “immersive … corporate training environment” dubbed The Academy at Docklands in Melbourne, which it completed in mid-2009. Its interior designers described the 3200m2 site as “technology enabled”.

The Academy also consists of four other physical sites in other capital cities, as well as an online component to bring training to non-metropolitan employees.

“The Academy provides leading edge programs, courses, tools and innovative technologies so our people have new ways to learn, share knowledge, network and work,” NAB said on its website.

However, the bank said in a recruitment advertisement posted this week that it is “redefining the role of The Academy to deliver learning, knowledge sharing and collaboration across NAB".

“The Academy is about so much more than the physical sites around Australia,” the bank said.

NAB is hoping to bring on board a head of learning enablement to revamp the initiative, which will see existing assets “optimised” but ultimately lead to a full “transformation”.

In particular, the bank indicated the new head would lead “the remediation of current issues across the multiple owners of various parts of the Academy value chain” and be charged with “getting the business back into The Academy and 'loving' the proposition".

NAB indicated it was already working with other parts of its business – including its digital and NAB Labs functions – to rework The Academy.