NAB pumps up its Ventures funding to $100m 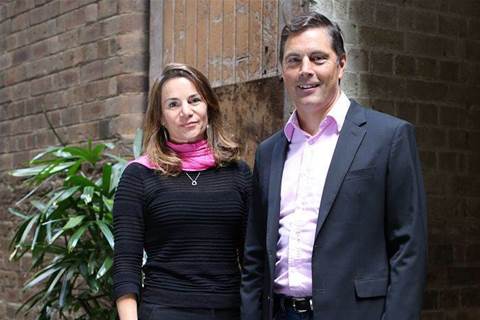 National Australia Bank (NAB) will sink another $50 million over two years into its Venture start-up fund as the institution attempts to hedge against similar investments by rivals seeking to get in on the ground floor of breakthrough technologies and services.

The retail bank said Wednesday the latest money will take its venture capital kitty to $100 million, with NAB Ventures managing director Todd Forest saying the lift to existing spend will continue to give “exposure to best-in-class digital capabilities.”

While every bank in Australia is quietly hoping it can grab a stake in the next Atlassian, the real near-term race for banks and the financial services sector is getting services and products on the runway that can take advantage of open banking and real-time payments.

In December 2017, NAB revealed intentions to shed 6000 employees that it sheeted back to the digital effect, a number partly tempered by plans to hire 2000 people for newer digital-related roles.

With most institutions still lumbered with billions in sunk cost mainframe-based core banking, accounts and business applications, the great hope is that backing outsiders will yield cut-through competitive advantages faster and cheaper.

At the same time, technology positions in financial services are now at a cyclical premium.

The banks’ venture cap investments are also a discount ticket to the big fintech dance where institutions are paranoid about being left on the sidelines.

Westpac has boosted its VC funding commitment to the Reinventure Group to $150 million, while the Commonwealth Bank is pursuing a more direct equity approach to backing businesses opportunities it likes such as cloud accounting platform Wiise.

The venture capital outlays are far from feelgood philanthropy, even if major banks at least want some kudos from being seen to be backing so-called disruptors.

At a commercial level, institutions get direct access to a wholesale pipeline of ideas and potential products before their equity is diluted and eaten away by external funding costs for a pittance of what similar internal ventures or consultants would cost.

Forest was quick to talk-up the soft returns to NAB.

“Beyond financial capital, we work with our portfolio companies to establish collaboration within NAB and create opportunities to drive positive outcomes for all stakeholders,” Forest said.

“We are focused on delivering long term strategic benefits, in working with start-ups from the bottom up and optimising opportunities to drive value into NAB, whether by efficiency gains or enhancing the customer experience.”

There is a strong motivation to be seen to be moving.

Major institutions remain under sustained pressure to show regulators they are self-invested in local systemic innovation and improvement after more than a decade of criticism and intervention to shift the Big Four off decades-old infrastructure that stymied improvements.

Widner said “two and a half years has gone quickly” and that her fund “tracked more than 1500 companies and looked at more than 300 serious opportunities.”

“Making sure we embrace the right trends to deliver new customer solutions within NAB is at the core of what we do and it’s exciting to be part of an organisation that is committed to backing bold entrepreneurs with great ideas that could benefit customers.”