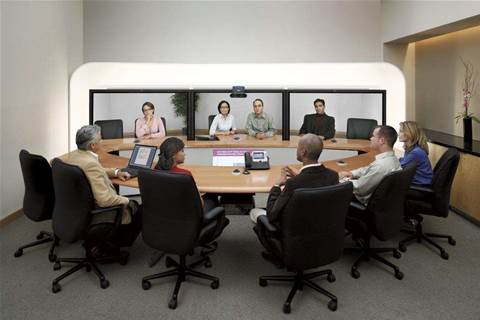 The National Australia Bank (NAB) may extend an internal communications overhaul to its customers by introducing telepresence and 40-inch videoconferencing machines in various branches.

While plans were far from being concrete, Essman said, the devices could facilitate NAB's wholesale business by letting customers speak with experts at other branches in real time.

Essman described a cultural transformation from inefficient, "black text on a white page" communications to ad-hoc, on demand meetings with colleagues around the globe.

"It wasn't a technology project; it was mostly about culture," he said about the CWP.

"We had a culture of 'you must be face-to-face to do business', and when you have a global business, that's a ton of travel," he said.

Half of NAB's Australian internal meetings, and one third of its global meetings, were now conducted virtually, Essman said, highlighting a 40 percent reduction in travel.

"As the CTO of NAB wholesale, I work one day a week from home," Essman said. "I eat my own dog food. Not only do we encourage it [teleworking] - we've nearly mandated it."

It also planned to integrate its Cisco VOIP system with OCS, and establish secure external access to the network for customers and partners.

Telepresence facilities were also being considered for NAB's large and remote offices, and smaller, 40-inch videoconferencing setups for various branches.

Essman said any new technology would have to be introduced so that usage felt natural and reliable - "like flicking a light switch".

For the CWP project, NAB had spent $800,000 on a training program that only saw two percent adoption.