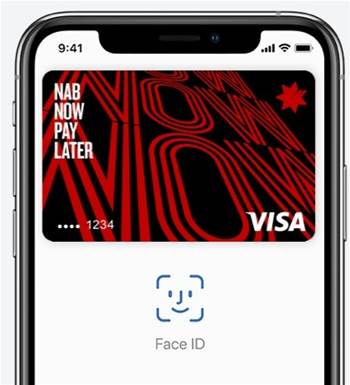 Open for pre-registration now, the BNPL app will launch in July and sit alongside NAB’s existing NAB StraightUp Card, a no interest credit card launched in September 2020.

NAB unveiled the approach in September 2020, after iTnews revealed the existence of the project in 2019.

Instead of rebuilding a smartphone app to add features, miniapps let developers build capabilities to support new consumer features, which they can then integrate into the existing app.

NAB CIO for personal banking and digital Ana Cammaroto told iTnews the combination gave NAB confidence that “we could build it in house because we know that we've got the engineering expertise”.

The majority of the new product was built using NAB’s microservices architecture, housed in the cloud “which means that we don't need to worry about them performing”.

The quick application process, alongside tight safety and security controls, is “where our miniapp architecture and our microservices functionality and our cloud adoption come to life for us.”

Cammaroto added “there are two elements of how we simplify our architecture” when building the foundations for NAB Now Pay Later.

“We simplified at the functionality level, let’s call it at the deep business logic level, that's microservices, so something that determines how you make a scheduled payment …that's a microservice.”

Cammaroto said “at the miniapp level, that's the experience” such as the ability for consumers to see transactions within the NAB banking app.

NAB can also reuse miniapps “which is what drives cost and what drives speed for us”, said Cammaroto.

The bank is now using microservices and miniapps at scale.

Cammaroto said this means “we know that we're maturing in that evolutionary architecture level, because we're seeing the reuse, not just the building.”

“So, our focus has been predominantly on how do we change the experience for our customers, how do we make that mobile experience really well integrated for them?”

The new BNPL service incorporates security features such as biometric fraud detection and a revolving CVV [card verification value] that refreshes regularly to protect customers from fraud and theft.

Cammaroto said this is “big differentiator” for the bank and “unlike many of our competitors we do a full credit assessment for before we give access.”

Cammaroto added NAB is “very proud of this being a homegrown product” since the product “is such a differentiator and we recognise that it was a competitive advantage for us building this in house”.

“That requires a lot of engineering talent and I've got a significant number of my engineering team that are super happy and partying today that this product has gone to market,” she said.

With the bank’s contactless purchases option, NAB Pay, ending in June Cammaroto said the new offering will be different and that the feature “wasn't [consumers] preferred [choice] and we're quite conscious that we don't want to be confusing customers with multiple products.”

Eligible customers can apply only via the NAB banking app and will be able to access up to $1000 and split purchases across four payments.

The new BNPL option will be able to use it anywhere Visa is accepted plus add it to digital wallets for both online and in store payments.

NAB is also hoping to attract customers by offering a service without late fees, interest or account fees.