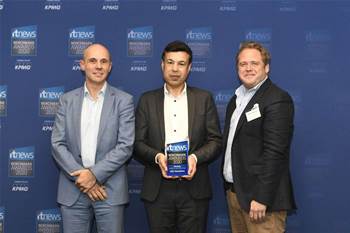 DXC has won the first iTnews Benchmark Award for Diversity, for the Dandelion program it created and shares to train people on the autism spectrum for cybersecurity careers.

NAB is among the participants in the Dandelion program, which used it alongside its own Neurodiversity at Work program and adapted the Dandelion structure.

The three-week assessment program was completed by 12 candidates in 2019, who were supported by two DXC agile coaches and a dedicated DXC autism spectrum consultant as they were embedded in a real IT software development project at NAB, exposing them to Agile and modern software development techniques.

NAB and DXC jointly ran an organisational change program focused on autism awareness training for managers and co-workers prior to the new team coming onboard, which was well-received by existing NAB employees and the new candidates.

More broadly, DXC said that the Dandelion Program had a 92 percent retention rate, meaning that all participating organisations retained the autistic resources on their programs of work.

You can read more about DXC/NAB's work alongside the other winning projects and finalists here.