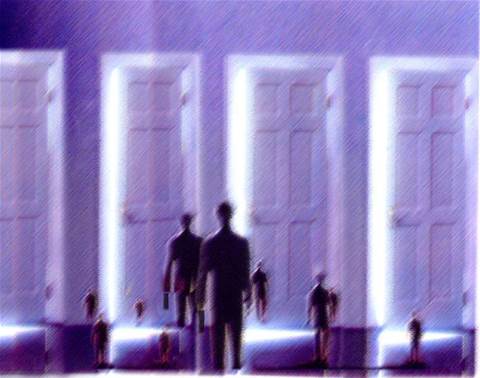 Mullen was previously a corporate development officer at Broadcast Australia, which is in turn owned by the ASX-listed Macquarie Communications Infrastructure Group (MCG).

Mullen is said to have been an influential consultant during Broadcast Australia's $68 million acquisition of Hostworks in early 2008.

Bartosch told iTnews he withdrew his candidacy for the managing director role two to three weeks ago.

In a prepared statement, Bartosch said he would not comment on the new leadership, and had "nothing but good things" to say about Hostworks.

"I led the sales team that helped build Hostworks from sales of less than $7 million in the first six months of 2003-04 to $25 million during the first half of the current financial year," Bartosch said.

"My tenure with Hostworks was an immensely rewarding and enjoyable journey working with a great team."

Like Gauvin before him, Bartosch said he is investigating the potential for board appointments at other technology companies and getting involved with new start-ups.

Neither Mullen's appointment nor Bartosch's resignation has been made public by Hostworks, Broadcast Australia or Macquarie Communications Infrastructure Group.

Hostworks' customers are also yet to be informed of Mullen's appointment.

Hostworks were contacted for comment on Mullen's appointment but a spokeswoman told iTnews the company would not announce it until later in the week.

Earlier this month, Hostworks lost the hosting account of SBS Television - a key broadcasting customer of its parent company.

MCG is meanwhile in the process of being taken over by Canada's Pension Plan Investment Board (CPPIB) and is in lockdown mode until shareholders meet to approve or reject the acquisition on June 17.

Meanwhile at the other Macquarie...

In other news, Macquarie Telecom (an unrelated company to MCG) has announced the appointment of former Telstra and Optus staffer Leonard Chan, who will take the post of Future Technologies Manager for the company's hosting business.