MSN addicts get paid for advertising 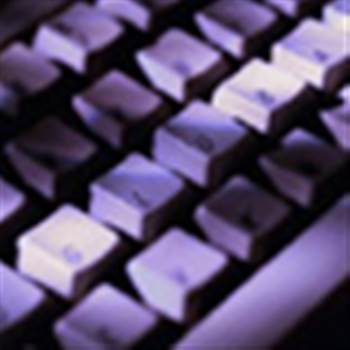 IM users earn cash and prizes by promoting products while they chat.

Heavy users of instant messaging software are being paid to place advertising text in their user names by a company in China.

Beijing-based 5Sai.com provides short text adverts, usually including a website address, which users add to the end of their instant messaging names. The company awards points based on the amount of time the user is online with that name. The user can then exchange the points for cash or products from the advertisers whose services they have been promoting.

For example, a typical ad might require the user to add the words 'Buying a train ticket or renting a house – go to KooXoo.com' to the end of their instant messaging name. 5Sai claims that the system taps an unexplored advertising channel, and is far more effective than other forms of online advertising because the ads are associated with trusted friends and colleagues, and will be seen many times during a conversation.

The company claims that the total value of rewards and cash payments available to its users already exceeds US$3.8 million and continues to increase. The various awards and payments are offered by individual advertisers and vary depending on the product or service the user chooses to promote. Cash awards are transferred through the Chinese 99Bill.com online payment service, which offers services broadly similar to PayPal.

Currently the 5Sai advertising service only supports Microsoft's MSN and Windows messenger software. To demonstrate that the advert will be widely seen, potential users must have more than 50 names on their MSN contact lists. They also have to add 5Sai's MSN bot to their contact list. The company uses the bot to check that members are online and confirm that advertising messages are being displayed.

Members must be online for at least three hours between 9am and 6pm on weekdays to earn any points. Those who attempt to increase their income by signing up with multiple instant messaging accounts can be detected and will be banned, the company says.

At the moment, advertisers are few and the rewards for participation do not appear to be great. For example, under one of the deals offered by advertisers on the 5Sai website, members who include the name of a social networking site in their user name for 40 days will get an 'imported European World Cup travel blanket worth US$60'. Another scheme on the site pays users only US$0.06 per day for advertising, and requires them to change the advertising message several times each day to achieve this. Some advertisers only offer entry into a prize draw for products like iPod media players, with no guarantee of winning anything.

The service, which began operations last month, is aimed at Chinese-speaking users, and rewards and prizes do not appear to be available to users outside China.

In the near future, 5Sai plans to add support for the QQ instant messaging application, which is extremely popular in China with almost 70 percent of the market. Microsoft's MSN Messenger and Windows Messenger only hold around 15 percent.

The company's MSN bot software can also provide a variety of information in response to queries, including weather forecasts, TV program schedules, and zip code lookup. In addition, the bot can perform basic English to Chinese translation.

Got a news tip for our journalists? Share it with us anonymously here.
Copyright ©v3.co.uk
Tags:
addictsadvertisingforgetmsnpaidsoftware