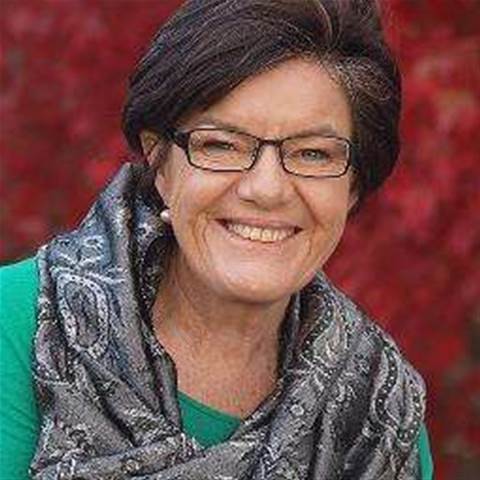 The federal member for the Victorian seat of Indi, Cathy McGowan, has called for the introduction of electronic voting and the abolishment of pencil-and-paper to avoid a repeat of Western Australia's lost votes scandal.

Clive Palmer, whose party representative Zhenya Wang lost out on a seat as a result, last week said the Government needed to improve the integrity of the Australian Electoral Commission (AEC) by replacing the “flawed manual electoral system with a modern electronic system”.

“A modern electronic voting system would save the taxpayer millions of dollars. It would revolutionise electoral processes and it would almost completely eliminate informal votes,” Palmer said.

In a speech to the Rural Press Club Victoria this morning, McGowan said she shared a similar view to Palmer and was “very interested” in discussing the topic with him.

“I suspect we both have in common a want to see the introduction of electronic voting and the doing away of the manual counting – pencils and paper and the ability for the system to lose the odd 1000 votes here or there,” she said.

The pair join Communications Minister Malcolm Turnbull as advocates of a federal electronic voting system. Late last year Turnbull said such a system would help cut down on the number of informal ballots, which grew to around 6 percent of the voting population in the last federal election.

The AEC has been monitoring the development of technologies that could be used in the federal voting system, studying both local and overseas examples, for some years.

The AEC is continuing to follow the progress of state electoral commissions on electronic voting, according to a parliamentary library research paper, and would exploit components of such systems where legislatively and logistically possible.

It has previously attempted to dispel the notion an e-voting system would be a ‘simple solution’ or safer from a security perspective than the current paper method.

Australian Electoral Commissioner Ed Killesteyn has highlighted the security risk involved when moving to computer-based systems where data is centralised — "[then] the risks start to increase that there could be significant manipulation of the results.''

What the states are doing

The NSW Government is leading the charge for e-voting among its state compatriots, announcing in November last year it would expand its iVote electronic voting system for the 2015 state election, at a cost of $3.6 million.

It trialled the system first in 2011 with a limited number of voters, and later changed legislation to allow it to expand the system to allow more remote, vision-impaired, disabled and overseas voters to use it in 2015.

It expects the expansion will reduce the amount of informal and lost ballots, as well as counting errors.

The Victorian government dipped its toes into the e-voting waters first in 2006, with the trial of its electronically assisted voting (EAV) system for vision-impaired voters. It expanded the system in 2010 to more such voters but has said it does not plan to make it more widely available.

However it does state on its website the EAV is “future ready”, and that it is currently reviewing and further developing the application for future elections.

The Queensland Government late last year announced it would also introduce an EAV for people with vision impairment and disabilities at the next state election, and would consider expanding the EAV if successful.

Western Australia has Vote Assist for blind and vision impaired voters, but does not appear to have further plans to extend the system.

It said in its most recent annual report it expected the increased use of e-voting systems in other jurisdictions would mean WA voters would increasingly come to expect the technology.

According to its 2012-13 annual report, the South Australian government plans to trial “alternate electronic methods of voting” in the 2018 state election.

It recently held an electronic voting workshop to agree on a set of standards and principles to guide the selection and use of electronic technologies for voting.

The ACT expanded its electronic voting system (first introduced in 2001) in the 2012 Legislative Assembly election after one in five Canberrans used the system to cast a vote in 2008, at only five available terminals.