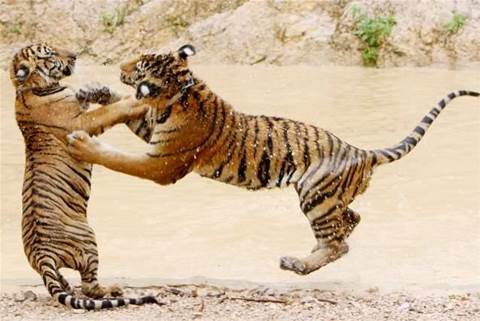 Firefox developer Mozilla has announced that it will drop support for Mac OS X 10.4 from future versions of its browser.

Mozilla engineer Josh Aas explained in a posting on the mozilla.dev.planning forum that, although the firm stopped supporting the Tiger operating system in September 2009, the team "left much of the code required to support that platform in the tree in case we wanted to reverse that decision".

"Mac OS X 10.4 was released in April 2005 and a lot has changed since then. We would like to take advantage of more modern technologies on Mac OS X, and 10.4 support has been a hindrance," he wrote.

"Where we can work around supporting 10.4, doing so consumes valuable time and effort. Neither Chrome nor Safari has to deal with this."

Just under a quarter of Mac users on Firefox 3.5 are running Tiger, compared to just 12 percent on Firefox 3.6, according to Aas. These users will continue to be supported on Firefox 3.6 until the product reaches end of service, a few months after "the next major version of Firefox is delivered later this year".

"Past data shows that we do not lose appreciable market share when we stop supporting a Mac OS X version," he added.

"We are often one of the last vendors to continue supporting older Mac OS X releases, and I suspect that, by the time this becomes an issue, Apple itself may have stopped issuing security updates for Mac OS X 10.4."

Got a news tip for our journalists? Share it with us anonymously here.
Copyright ©v3.co.uk
Tags:
firefox mac os software support supporting tiger
By Phil Muncaster
Feb 9 2010
12:10AM