Mount Everest gains its own mobile phone base station 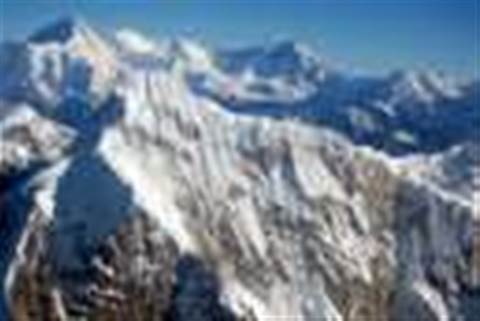 Scandinavian telecoms company TeliaSonera has scaled the peaks of 3G provision with a service in the Mount Everest area of Nepal.

The company’s local subsidiary Ncell has installed a 3G base station to allow locals and mountaineers to keep in touch with their families and friends. By the end of next year, Ncell plans to be providing a network for over 90 percent of the country.

The new base station has been erected at 5,200 metres above sea level and will provide cheaper calls than the satellite links that were previously used, the company claimed.

"This is a great milestone for mobile communications, and strong evidence of TeliaSonera’s pioneering role in this industry that is truly changing the lives of billions of people”, said Lars Nyberg, president and chief executive of TeliaSonera.

“The first time I came to Himalaya in 1993, the satellite phone equipment weighed more than 100 kilograms," he said. "Today, vastly better handsets only weigh some hundred grams.”

“The evolution of handsets and how information is transmitted has been unbelievably fast during the last 20 years. This has naturally made mountain climbing as a pursuit a bit easier and safer, but it’s only a part of the story.

“The change from fixed telephony to a mobile world in, for instance, Finland was only a small step compared to the impact that mobile telephony is bringing to these remote areas. Until now, the only way to communicate in the mountains has been to carry messages by foot,” he explained.

It is not surprising therefore that Nepal and telecoms might not have sprung to many minds in the past, but TeliaSonera, through Ncell, has already seen the penetration of 3G communications jump from 15 percent of the population in 2008 to over 30 percent at the end of the last quarter, the company said. In human terms that means around 8.7 million subscribers.

These are not all TeliaSonera customers, which claimed to have 3.7 million subscribers. The company has been competing with two other mobile providers: the national Nepal Telecom and United Telecom Limited (UTL), a consortium of three Indian companies working with a local service supplier.

Got a news tip for our journalists? Share it with us anonymously here.
Copyright © ITPro, Dennis Publishing
Tags:
base everest gains its mobile mount networking own phone station