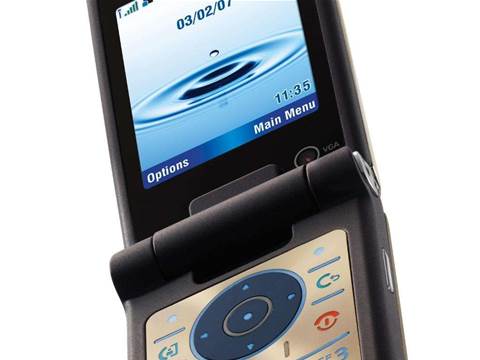 Motorola could yet spin off the mobile phones division of its business sooner than expected, according to analyst speculation.

Ittai Kidron, an analyst with Oppenheimer specialising in wireless technology, wrote a research note yesterday predicting that “management could revisit the planning process for the mobile device spin-off in the near future”.

He added that the firm is likely to meet its first quarter financials, which could encourage it further to re-ignite plans to sell off the poorly performing division.

Speculation that Motorola will sell off its mobile phones business has been rife for some time now. Last October, the firm said it was delaying the planned spin-off in order to focus on restructuring. In the fourth quarter of 2008 it was forced to cut 3000 jobs.

"While our strategic intent to separate the company remains intact, we are no longer targeting the third quarter of 2009, primarily due to the macro-economic environment, stresses in the financial markets and the changes underway in mobile devices," co-chief executive Sanjay Jha said at the time.

Motorola has been hoping that a commitment to Android and Windows Mobile as its operating systems of choice will help it to regain market share, but the handset maker is currently languishing in fourth place behind Nokia, Samsung and LG.

However, shares in the company rose as much as ten per cent yesterday after the research note from Kidron was published, according to Reuters.

Its shares closed up 46 cents to US$5.56 after Kidron raised his price target on the stock to US$7 from US$5, the news service said.

Got a news tip for our journalists? Share it with us anonymously here.
Copyright ©v3.co.uk
Tags:
analyst finance kidron mobile motorola note quarter