More than 180 jobs in limbo as SA govt outsources desktops 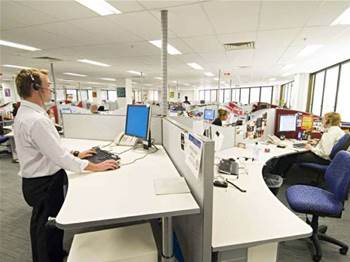 More than 180 South Australian IT workers will be asked to re-apply for their jobs as the state government offloads responsibility for end user computing to CSC under a seven-year outsourcing deal.

The premier’s office did not provide a total contract value, but the deal is expected to save the state government $11 million each year.

CSC will retain ownership of all hardware under the consumption-based managed service arrangement.

The company has pledged to open a new office in Adelaide, and will hire 400 new workers in the jobs-hungry city to support the government and other clients.

In a statement, SA premier Jay Weatherill said 180 full-time equivalent SA government workers currently deliver the services that will be covered by the new deal.

He said the affected staff “will have the opportunity to express their interest in a position with CSC, which provides a greater career structure in the ICT industry”.

It is unclear whether affected SA government employees will be guaranteed a role at the outsourcer as a result of the change. iTnews has sought clarification.

It's understood CSC has given the government assurances it will take as many affected staff as possible. Those who opt to remain in the government will be transferred to other roles.

The IT giant will, however, offer to re-train "up to" 30 ex-GM Holden workers set to lose their jobs when the car manufacturer closes down local production in October this year.

It has promised to spend $5 million setting up a new Adelaide office expected to house 700 staff by the end of the SA government contract.

Weatherill has called the deal a “win-win-win” for taxpayers, the government, and the economy.

“The broader economic and employment benefits that will flow from CSC winning the contract are significant. They have committed to establish a local partner network for small to medium local enterprises across the state that will support this new contract,” he said.

However, the state’s public service union said the move “opens the door for outsourcing right across the public service and so it is critical that we challenge it every step of the way”.

“The key concerns of members include data security, cost, corporate knowledge and real time response. ICT in the government at times struggles to meet demand – reducing access will only increase this problem not resolve it," the Public Service Association of SA said in a statement.

The contract has sprouted from an open call for “innovative” IT pitches made by the SA government back in July 2015, targeting some $100 million a year agencies still spend in an uncoordinated fashion on IT.

At the time, a government spokesperson said procurement would "focus on the delivery of ICT services which will provide employment opportunities in this state".

In a subsequent round of bids, the government invited all of the end user computing respondents to issue a formal tender for the work.