More pain ahead for Nokia shareholders 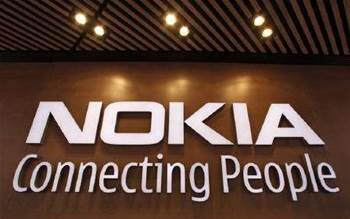 It still says Nokia on the box, but investors might find the similarities end there.

The Finnish firm's recent decision to dump its own market-leading software platform in favour of Microsoft's unproven Windows Phone has already wiped 29 percent off its share price.

But even that drastic drop fails to reflect the potential fallout from Nokia's new strategy.

The old Nokia was a phone company that provided software and services, more like Apple, and that combination earned its shares a premium.

But the new Nokia will be focused on delivering the best possible hardware on which to run Microsoft's software platform, just like computer makers Dell and Hewlett-Packard.

Applying the same earnings multiple as Dell's shares carry, Nokia stock would be 4.1 euros, not the 5.8 euros they fetched on Friday.

Nokia shares are still trading near 12 times forecast annual earnings, in line with its valuation over the last two years, while the PC makers it now resembles are valued at well below 10 times expected earnings.

Analyst Pierre Ferragu from Sanford Bernstein said Nokia stock should not be valued above 10-11 expected earnings, given doubts about the success of its move out of software.

Nokia itself admits picking Windows Phone was a risky bet as the success of Apple and Google has raised the bar for competitors.

"The Windows Phone platform is a very recent, largely unproven addition to the market focused solely on high-end smartphones, with currently very low adoption and consumer awareness relative to the Android and Apple platforms," Nokia said in its annual report last week.

Work on the first Nokia smartphones based on Microsoft software has already begun, before the final deal between the two firms has been signed, Nokia CEO Stephen Elop told Reuters.

Shareholders preparing to grit their teeth through the pain of this realignment process should be warned -- it could get worse before it gets better.

In the coming weeks and months Nokia is likely to face problems of component supply as Japan, a manufacturing hub for many key parts, tries to recover output following the recent devastating earthquake and tsunami.

On top of that, many analysts believe Nokia has set unrealistic targets for the switch to its new model, and in the interim, the stock may fall even below the valuation of its new hardware peers.

Nokia faces the difficult task of trying to sell its dying Symbian product line to consumers and operators in 2011 and 2012 ahead of the switch to Windows Phone.

The company said last month it aimed to sell 150 million more Symbian phones before it changes software platform, but analysts say it is unlikely to meet this figure and warn that sales of its other products may also be affected.

"Nokia seems to believe that problems with Symbian will not impact sales of basic phones too badly. However, history gives us tough examples of the 'halo effect' -- when demand for Motorola's Razr dived in 2007, it dragged down also sales of cheaper Motorola models," Kuittinen said.

Most of the value in Nokia stock comes from its position as the world's biggest phone maker by sales volume. But during the two-year transition to its new identity, competitors will agressively eat into its market share.

Its closest rival Samsung Electronics told Reuters last month it was not aiming to make a profit on US$25 phones -- the market segment Nokia dominates.

Bernstein analyst Ferragu said he expected Nokia stock to be volatile in the near future as its price oscillates between hopes of a turnaround and fears of a terminal decline.

"In a bear scenario, which remains a very possible one, with the company hitting the red in the first quarter of next year, we don't see any valuation floor before 3 euros," Ferragu said.