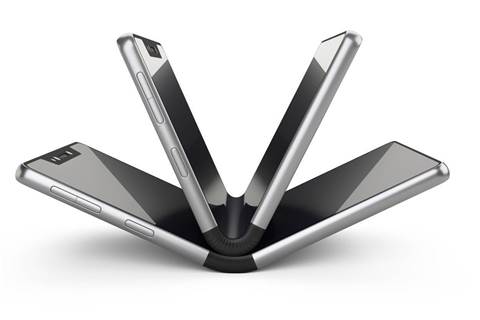 Engineering and materials science researchers at Monash University are part of an international collaboration that has come a step closer to realising ‘spintronics’ as a workable, flexible alternative to electronics.

Rather than using the flow of electrons in silicon semiconductors to transmit data, spintronics relies on the magnetic field generated as an electron spins around an atom’s nucleus.

At such a small scale, the magnetic field has quantum-mechanical properties allowing for lower energy use and faster data transfer - the discovery of which earned French physicist Albert Fert the 2007 Nobel Prize in Physics.

Monash’s Chris McNeill, along with a an international research group led by the Cavendish Laboratory at Cambridge University, have been looking at applying the new field to semiconducting materials other than silicon to overcome the metal’s reluctance to bend and flex.

The work has largely centred on polymers in the form of thin, bendable plastic, which could potentially be used in wearable devices and folding screens.

However, until recently these polymers’ properties were much less understood than those of silicon.

“ It was also important to determine spin behaviour at room-temperature, as spintronic devices will need to function normally in everyday settings, exactly like your smartphone and laptop does,” he said.

“Our findings provide fundamental direction on how to engineer semiconducting polymers to get the best spin performance, and therefore further progress the development of next-generation devices that move beyond the current boundaries of traditional electronics.”

Hopefully, the technology will help avoid a repeat of the issues plaguing Samsung's Galaxy Fold phone.

The group’s finding were published on Tuesday in the scientific journal Nature Physics.