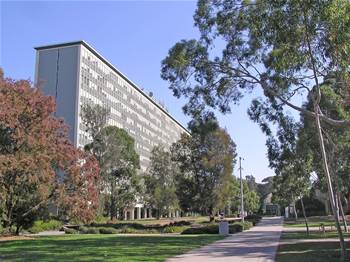 Monash University will soon begin operating its websites under the .monash domain, after becoming one of the first organisations to acquire a brand top-level domain under a program by the global body governing the internet.

The Internet Corporation for Assigned Names and Numbers (ICANN) first flagged the introduction of brands as generic top-level domains (gTLDs) to “support innovation” and encourage personalisation of websites in 2008.

The new gTLDs give public and private organisations the ability to apply to have their brands registered as gTLDs.

Monash will roll out its new-look website domains in phases, planning two “in the near future”.

It plans to continue with its current monash.edu presence in the interim.

“The .monash global top-level domain name will allow the University to manage all of its domain names under the global identity of Monash,” Monash CIO Ian Tebbett said in a statement.

A Monash spokesperson has been contacted by iTnews for comment.

The new regulations also allowed domain names to be written in international languages. In October last year, ICANN introduced the first new gTLDS to the internet’s root zone, which were written in Arabic, Chinese and Cyrillic. A number of such generic domains have already been delegated.