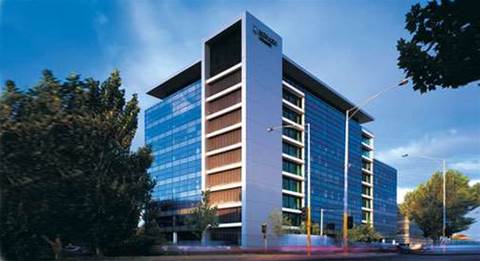 VicNode gets 5 petabytes of software-defined storage.

According to the university, the Ceph storage cloud is the largest deployment of its kind in the southern hemisphere.

“We have a strong focus on imaging and data science around imaging, but it doesn’t stop there. We’re also very strong at engineering, public health, genomics, proteomics and various other things,” Quenette said.

“So our solution is about dealing with long-tail research as well as supporting peak research that might be high in petabytes or high in IOPS to exist in the one infrastructure.

Monash started playing with Ceph in 2012 through a partnership with Inktank - now a Red Hat subsidiary - with a system that provided block storage devices for its research cloud.

The most recent Ceph build went into production during the first quarter of this year.

Quenette said the project took longer than usual as a result of organisational and process change with Monash's vendors, but it generally takes around six months from design to implementing a new system for researchers to use.

“Scaling and upgrading these systems is quick. If we make an order for parts and they arrive the order of a month, and within another month they’ll be ingested into the system,” Quenette said.

To ensure its reliability, R@CMon tests its new hardware as if it’s a component for one of its supercomputers, such as the Massive-3 system it implemented last year.

“We test every piece of our infrastructure as if it was going to be a production HPC system. These are very rigorous tests and very quickly expose flaws in consumer grade equipment,” Quenette said.

“That leaves us in a position where our failure rates after we commission this equipment are lower."

Quenette pointed out that 5 petabytes was the amount of raw storage in the cluster, and that various levels of resiliencies for various tasks means the amount of presentable storage ultimately available to researchers will be lower.

The university already has a large amount of storage in its OpenStack storage platform integrated as part of Monash’s Massive HPC supercomputers.

“The Ceph storage underpins all the working space data of our research cloud environment. And M3, which is the latest iteration of Massive, is completely built around our OpenStack environment, making it HPC on the cloud."

Quenette estimated that Monash has around 10 petabytes of total presentable disk and tape-based storage.

The new Ceph storage cluster is part of the VicNode collaboration, which provides storage cloud services for Victoria’s universities. The cloud is hosted out of two operating centres, one at the University of Melbourne and one at Monash Uni.

Researchers choose which two nodes to host their research project out of, based on their specific requirements.

“Storage is not necessarily useful by itself – researchers do things with data. So [allocation of workloads to one of the operating centres] tends to come down to what the data of interest needs to connect to in terms of compute, other data and how the data will be sustained," Quenette said.

“Melbourne and Monash have around 90 percent of the category one research activity in Victoria, and this is split roughly 50/50 between the two. The net effect of the VicNode model is most researchers have an operating centre on their campus, close to the owner, instruments, compute and data experts.

“While there’s no hard-and-fast rules, Monash tends to do more with RMIT and for example the University of Melbourne tends to work with LaTrobe."