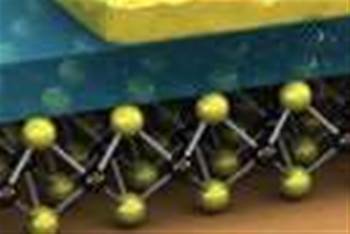 Even tinier and more energy efficient computer chips could be created through the use of a potential silicon successor called molybdenite.

Many thought graphene would be the next ideal material for superconductors and electronic chips.

The discovery of that material earned University of Manchester physicists Andre Geim and Konstantin Novoselov the 2010 Nobel Prize in Physics and no doubt those responsible for the discoveries made around molybdenite will be hoping for something similar.

Research carried out in the Laboratory of Nanoscale Electronics and Structures (LANES) has found molybdenite, or MoS2, is a particularly effective semiconductor.

Researchers said it could be used to make transistors that consume 100,000 times less energy in standby state than traditional silicon transistors. The mineral is often found in steel alloys or as an additive in lubricants.

Ecole Polytechnique Federale de Lausanne's Professor Andras Kis, one of the leaders of the study alongside LANES colleagues, told IT PRO that molybdenite would be a better semiconductor than graphene.

Graphene is not actually a semiconductor and whilst you can force it to behave like one, it takes considerable effort and force, Kis said.

“The advantage is that MoS2 is a semiconductor (it has an energy gap), just like silicon,” the professor explained. “Even then when you make a transistor out of it, it does not turn off as completely as our transistor based on MoS2.”

It is considerably easier to produce transistors if the manufacturer can start with a semiconductor than if you take a material and then turn it into a semiconductor, Kis added.

Molybdenite is one of the main mineral sources of molybdenum, which can be mined in numerous places across the earth, including Ontario, Quebec, Arizona, Utah, Mexico and France.

Kis was quick to rubbish reports that have stated silicon is a rare-earth metal, only mined in China.

“That's of course nonsense - silicon is one of the most abundant elements on earth and is found, for example, in sand,” he added.

They managed to generate 10 billion bits of quantum entanglement in silicon for the first time. Entanglement between the electron and the nucleus of an atom is a key part of making quantum computers.

Got a news tip for our journalists? Share it with us anonymously here.
Copyright © ITPro, Dennis Publishing
Tags:
graphenehardwarescitechsiliconsuccessorsuper